Prime Minister Liz Truss will on Wednesday press her message that Britain needs "to do things differently" to kickstart stagnant growth, using her first speech to the party faithful as Conservative leader to try to restore her dwindling authority.

Americans' wages are losing ground to inflation at a steep rate, a report on Tuesday from the Federal Reserve Bank of Dallas said, a finding that offers some support for the central bank's super-charged campaign to lower price pressures.

Investors suffering through a bruising year for markets are hoping that recent signs of wobbling economic growth will force the Federal Reserve and other global central banks to take their foot off the gas in the fight against inflation, sparking sharp rebounds in stocks and bonds.

A new report by the Bureau of Labor Statistics revealed job openings in the U.S. dropped 10% in August.

Inflation is the most serious problem facing the Federal Reserve and "may take some time" to address, Fed Governor Philip Jefferson said on Tuesday in his first public remarks since joining the U.S.

Venezuela's Oil Exports In Sept Boosted By Sales To China, Swaps With Iran

Europe May Avoid Gas Disaster This Winter, Next Could Be Worse -Trafigura Exec

Europe may avoid a gas disaster this winter, thanks to signs of demand reduction and solid inventories, but next winter could be worse as the balance of gas will be much less, a top executive at energy trader Trafigura said on Tuesday.

Some of Britain's top open-ended property funds are rolling out new measures to manage investor exit requests, as challenges in meeting redemptions continue to rise amid a sell-off in some UK risk assets.

A big oil production cut by OPEC+ members will not spur new U.S.

OPEC+ producers look set to cut output when they meet on Wednesday, squeezing supply in an oil market that energy company executives and analysts say is already tight due to healthy demand, lack of investment and supply problems.

The Bank of England intervened in the UK government bond market to rein in gilt yields, which rocketed after Britain unveiled a welter of tax cuts to be funded by borrowing on markets.

Two top European Union officials on Tuesday called for joint borrowing to help the 27-nation bloc navigate the energy crunch together, after Germany faced criticism for going its own way with huge subsidies its peers could never afford. 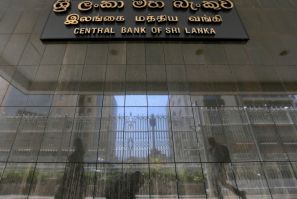