Will Holly Get Caught On 'General Hospital'?

Laura is determined to expose the truth about Holly's connection to Victor on "General Hospital."

Jessie James Decker released a statement after several netizens criticized her children's critiques after she shared their family vacation photos.

Princess Beatrice never stopped rooting for Mike Tindall even after he got eliminated from "I'm A Celebrity...Get Me Out of Here!"

The royal brothers, despite showing a united front during the funeral of the late Queen Elizabeth, are yet to mend their relationship.

"If someone looks like they are stealing snickers just give them these so they don't have to steal," Dwayne Johnson told the store manager. 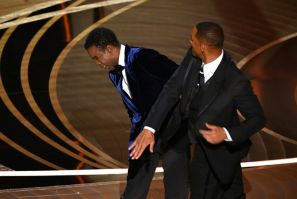