Will Carly And Drew Get Together On 'General Hospital'?

Bobbie confronts Carly about her hesitation to pursue a romance with Drew after divorcing Sonny on "General Hospital."

Here are all the television shows returning and premiering in September.

Johnny Depp once hid an expensive gift for ex-girlfriend Kate Moss in his bum.

5 Interesting Facts You Should Know About BTS' Jungkook

Contrary to what many people think, Jungkook didn't really dream of becoming a singer.

'The View' Season 26: Guest List Of The Talk Show Out

"The View" Season 26 is slated to air on the ABC network from Sept. 6 onwards.

Charlbi Dean's brother opened up about his sister's untimely death.

In a recent interview, Markle shared her experience living with the royal family and how she has to make an "active effort" to forgive.

A photo made the rounds online showing the "Good 4 U" singer reportedly seated in class at USC's Thornton School of Music.

10 Celebrities Who Were Born Rich And Have Very Wealthy Parents

Check out this list of Hollywood celebrities who were rich before becoming famous.

The two dancers cited different reasons for why they are not coming back as pro competitors this season.

The Hollywood actor has been reportedly spending more time with his pals since breaking up with his girlfriend.

"It's wild that people are really disrespecting Cher, the queen of longevity," one user tweeted.

Ashley Judd claims her family was left traumatized by members of law enforcement on the day of her mother Naomi Judd's death.

Nikolas will be caught in a compromising position following Ava's attack on "General Hospital."

"Unfortunately, the Event Organizer has had to cancel your event," Ticketmaster revealed.

Ashley Tropez, who was a "Beyond Scared Straight" alum, passed away at 24.

Oli London also apologized to the Asian community in general.

"I take my job very seriously. I love it so much," Khloe Kardashian said.

The death of the 32-year-old was confirmed by his close friend and fellow musician, Matt Kinman. 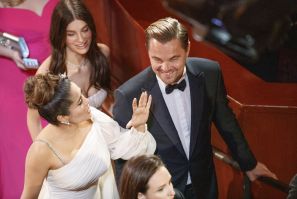 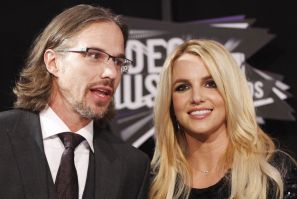 Is Britney Spears' Ex-Fiancé Gay? Jason Trawick Says It Was A Prank

Britney Spears' ex-fiancé Jason Trawick claimed that one of his friends used his phone to post on his Instagram that he has a boyfriend. 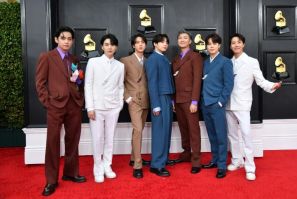 The Duke of Sussex was determined to make an impact before Prince George turned 18, The Times' royal correspondent Valentine Low claims in his new book.