Michio and his allies prepare to fight the bandits in "Harem in the Labyrinth of Another World" Episode 7.

Mark Wahlberg's Kids Embarrassed By His Past Fashion Choices

The actor joked that his children also seem to be unconsciously imitating his past hip-hop style.

The tie-breaker round begins in "The Prince of Tennis II: U-17 World Cup" Episode 7.

Their "intimate celebration for family and friends" will kick off with a rehearsal dinner Friday, a report says.

The actress discussed the pay gap between her and her co-lead in a new interview.

Anne Heche Wanted These 2 Actresses To Play Her In Movie

Anne Heche wanted either Miley Cyrus or Kristen Bell to play a young version of her in a movie about her life.

The professional dancer happily shared on social media that she's been sober for four years.

The actress and her beau were not shy to express their love for each other in public.

Vermeil shows her true feelings for Alto in "Vermeil in Gold" Episode 7. 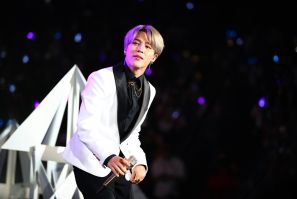 BTS' Jimin In The List Of Role Model Korean Idols

Amber Heard hired David L. Axelrod and Jay Ward Brown of Ballard Spahr to represent her in her appeal.

Harry, Meghan Unlikely To Meet William, Kate Despite Being Neighbors

Prince Harry and Meghan Markle plan to stay in Frogmore Cottage at the Windsor Estate for their return to the U.K.