These 2 Characters Are Returning In 'Rick And Morty' Season 6

Fans will get to see Space Beth in action again soon.

Yuji wants new armor for his slimes in "My Isekai Life" Episode 8.

The final exam called the Paper Shuffle is about to begin in "Classroom of the Elite" Season 2, Episode 7.

Henry Cavill Back To 'The Witcher' Set After COVID-19 Diagnosis: Report

Production on the show resumed a week after the lead actor reportedly tested positive for the virus.

Here's a list of the four beloved TV actors and actresses who passed away over the weekend.

Kim Kardashian posed in a gym wearing a nude bikini and a pair of thigh-high boots.

AnnaSophia Robb On What Made Austin Butler 'Perfect' For 'Elvis' Role

AnnaSophia Robb revealed how hard Austin Butler prepared for his titular role in the "Elvis" biopic.

Mariah Carey's Atlanta Home Burglarized While Singer Was In Italy

Mariah Carey was enjoying a luxurious vacation in Capri, Italy when her home in Atlanta got attacked by burglars.

The teen star was delighted to share on social media how her family's recent meet and greet in Atlanta went. 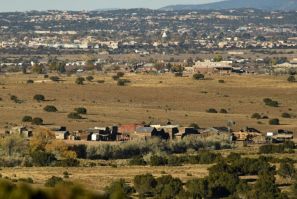