What To Watch This Weekend On Netflix, HBO Max, Paramount+ And In Theaters

An exciting weekend awaits you, thanks to these new movies.

Ben Affleck was reportedly a little "freaked out" during his honeymoon with Jennifer Lopez in Paris.

"Pete Davidson is like the son I never had," Martha Stewart said.

Fans of Britney Spears are not convinced that Kevin Federline and his sons were really worried about Britney Spears' mental health.

The former backup dancer reportedly agreed to do the bombshell interview because he and his kids are concerned about Britney Spears' mental health.

Anne Heche Dies At 53 A Week After Fiery Car Crash

Anne Heche never regained consciousness after she crashed her blue Mini Cooper into a Los Angeles home on Aug. 5. 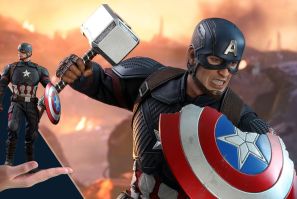