Marilyn Manson was spotted in Hollywood Wednesday night without his infamous gothic-style makeup.

Anne Heche 'Not Expected To Survive'; Organ Donation Being Considered

Anne Heche "suffered a severe anoxic brain injury and remains in a coma, in critical condition," her rep said.

Warner Bros. is likely "playing wait-and-see" when it comes to the future of Ezra Miller's movie "The Flash."

"The rug has been completely pulled from underneath me, and now I must figure out how to move forward," Michelle Branch said.

Ains, Shalltear and Aura battle against the frost dragon and the Quagoa army in "Overlord" Season 4, Episode 7.

Watch Kim Kardashian Choke While Taking A Shot Of Tequilla

Check out the video of Kim Kardashian choking while taking a shot of tequila during Kylie Jenner's 25th birthday bash.

Tom Brady Taking A Break From Buccaneers For 'Personal' Matter

Tom Brady is taking time away from the Tampa Bay Buccaneers to deal with some personal things, according to the team's head coach.

"I'm overwhelmed by the incredible reaction to 'I'm Glad My Mom Died,'" the retired actress wrote on Instagram.

OnlyFans star Elle Brooke admitted that she has a "strong resemblance" to WWE star Brock Lesnar during the "JaackMaate's Happy Hour" podcast. 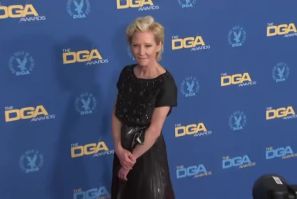 Anne Heche Under The Influence Of Cocaine During Car Crash: Report