Kae calls Kawaki to her mansion in "Boruto: Naruto Next Generations" Episode 262.

"I remember going to some party and Jerry Seinfeld was there, and I said, 'Hi,' and he said, 'You're welcome,'" the "Friends" star said.

Lamar Odom Looking For A House Near Khloe Kardashian

"This isn't even the worst of it," Britney Spears's ex-husband Kevin Federline claimed in an Instagram post.

Yamori and Nazuna do something different in "Call of the Night" Episode 6.

'The Simpsons' Season 34 Will Reveal How Show Predicts The Future

The upcoming season of "The Simpsons" will also feature a parody of the anime "Death Note" and Stephen King's book "It," according to showrunner Matt Selman.

NeNe Leakes Alleges Being Blacklisted; Claims To Have 'Voice Recordings'

"They stop every job opportunity that comes my way," NeNe Leakes wrote on Twitter.

A new three-part Discovery+ series, "House of Hammer," investigates the accusations of abuse against Armie Hammer. 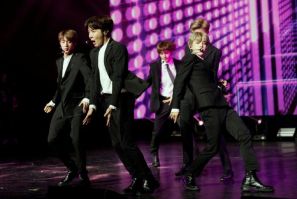