The Inflation Reduction Act will hurt EV consumers short term but may benefit them long term.

Will Spencer Be Released From Jail On 'General Hospital'?

Nikolas must find a way to get Spencer out of jail following his confession at Trina's trial on "General Hospital."

Oscars Producer Will Packer said he loved how Will Smith was being transparent about his remorse.

Why 'House Of The Dragon' Will Be 'More Engrossing And Tragic'

"They weren't only horrified by my movie; they felt I was besmirching 'Star Trek' somehow," director Paul W. S. Anderson said.

Who Is The Sexiest GOT7 Singer? Mark Tuan Picks This Bandmate

Mark Tuan has ranked his GOT7 bandmates based on their sex appeal.

"Do Revenge" is slated to release on Sept. 16 on Netflix.

Dior's official beauty Instagram recently posted photos and videos of Johnny Depp backstage at one of his recent concerts in Paris. 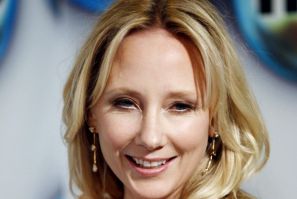 LAPD Gets Warrant For Anne Heche's Blood Test After Crash