Eric Markowitz is an award-winning journalist and the senior writer at the International Business Times. He covers technology, crime, and police. More information can be found on his website, www.Eric-Markowitz.com.

It’s Easier To Carry Guns Than Tasers In Some States

The U.S. Supreme Court may soon consider extending the protection of the Constitution’s Second Amendment to cover stun guns. Should it?

The Coast Guard has suspended its search for two men whose plane crashed into frigid waters off the coast of San Pedro, California.

In an unusual case, a Chicago police officer is suing the family of a man he killed. One attorney calls it a “new low” for the Chicago Police Department.

Clinton's Goldman Sachs Effect — Or Not

There is mounting pressure on Hillary Clinton to reveal what she told Goldman Sachs bankers during paid speeches, but so far there's little evidence she will.

Murder Doctor Gets 30 Years To Life In Prison

A California judge handed a harsh sentence to a doctor convicted of overprescribing painkillers to patients.

An explosion aboard a passenger plane Tuesday forced its pilots to make an emergency landing, and an official confirmed Saturday it was caused by a bomb.

How A Recluse Uncovered Massive Surveillance

“Truth and Power,” airing Friday on Pivot, tells the story of Daniel Rigmaiden, a hacker who discovered police use of StingRay spyware.

Pay This Fee, Or Go To Jail

Police departments around the U.S. are using license plate scanners to find scofflaws or criminals. Some are also letting the device suppliers slap drivers with mandatory fees.

At a conference in New Orleans, the U.S. attorney general echoed President Obama’s calls for reform in the nation's prisons.

A trade show underway in New Orleans this week offers a peek inside the $80 billion industry built around incarceration.

Ami Daniel, the CEO of Windward, believes Europe’s security crisis can be aided with an algorithm to help find the bad guys of the seas.

If a contract is approved, the LAPD will have more officers wearing the devices than the combined forces of Chicago, New York City, Philadelphia and Houston.

Long-form journalism is experiencing a renaissance. Curl up with an iPad and enjoy some of the best long reads of the year.

But Will It Fit In A Christmas Stocking?

As a recent show in Los Angeles proved, the drone economy is heating up in the U.S., with big holiday sales expected. But regulation could affect growth.

Is This The Future Of Europe?

Taser, the billion-dollar weapons behemoth, has captured the U.S. market. Now, it wants to conquer Europe.

Domestic Terrorism In An Era Of Mass Shootings

It's too soon to determine if Wednesday's deadly rampage in San Bernardino, California, meets an FBI definition of domestic terrorism, authorities said.

As nations place new arrivals under more scrutiny, they're increasingly turning to new identification technologies that are tipped for big growth in the coming years.

At a counterterrorism conference in Paris, companies that profit from increased spending in the fight against terrorism showed off their gear. 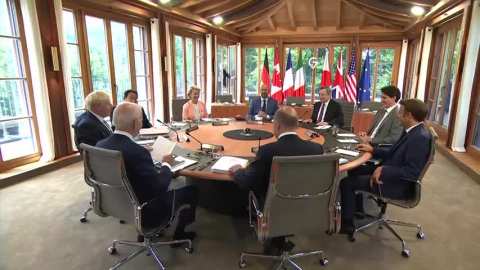 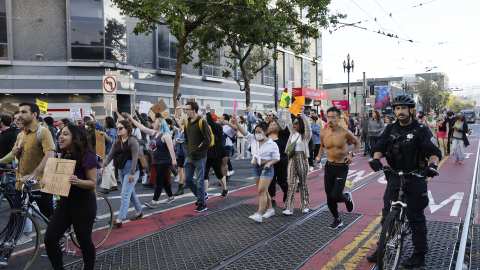 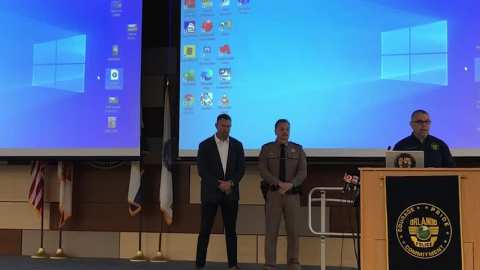 Police: Teen Drove To Florida To Kill Detective In Revenge

In 1997, the world watched as Britain returned Hong Kong to Chinese rule, with some pessimistic or wary about the outlook for the city and its role in the global financial system.

European Fund Managers Set To Go All In On ESG - Survey

Over two-thirds of European asset managers and distributors are considering halting the launch or distribution of products that do not comply with environmental, social and governance (ESG)...

Control the battlefield with superior crowd control, area damage and team-wide durability buffs with this Stasis Hunter build for "Destiny 2."

USS Benfold destroyer entered the South China Sea through the Verde Island Passage in the Philippines on Saturday.

Russian forces were fighting on Monday to achieve one of their strategic objectives in Ukraine as Moscow-backed separatists said they were pushing into Lysychansk, the last major city still held by...

The U.S. Supreme Court on Thursday ruled that Republican lawmakers in North Carolina can intervene in a lawsuit challenging a voter ID law that they believed the state's Democratic attorney general...

"I was lost. I was uninspired and I didn’t know what to do. It felt like 'is this what I really want?'" Jackson Wang said.

"Left and Right," the collaboration track between BTS' Jungkook and Charlie Puth will be released Friday.

Police Crack Down On Istanbul Pride March, Detain Over 200

Police crack down on Istanbul Pride march, detain over 200

The NFL is pushing for an indefinite suspension of Deshaun Watson that would last no shorter than one year, a report says.