The meme coin has slipped in recent weeks, but there are signs it could turn around.

Can DoorDash Take On Amazon?

The restaurant delivery leader has a plan to be an e-commerce giant.

The tech giant can capitalize on the multitrillion-dollar bill in a number of ways.

What's Going On With WhatsApp?

Why Disney Could Be The Biggest Vaccine Winner

2021 could be a banner year for the entertainment giant.

Over the last three years, Amazon has taken more money from the U.S Treasury than it's paid in. That could finally end.

By leveraging the company's advantages in grocery and its store base, the new service can boost sales, reward customers, and lock in a loyal customer base.

Target Is Following Walmart Into This Huge Market Opportunity

The retailer is diving into a fast-growing market already worth tens of billions of dollars.

How China's JD.com Is Beating Amazon

The Chinese e-commerce company may be smaller, but it has some advantages over its American counterpart.

Investors may have to get used to slower growth from these two popular tech stocks.

The tech giant looks primed for a comeback next year.

Why It's So Hard To Save Money

Even if you do it right, you could still be wrong.

With a new tool launch, the retail giant taking aim at Home Depot and Lowe's.

The ridesharing giant is quickly spending the money it raised in its IPO, but profits are nowhere in sight.

Amazon Takes Another Big Step Toward Getting Into Healthcare

The tech giant recently launched its own virtual and in-person clinic. Here's why it could be a game-changer.

Here's what to expect from the discovery-based search platform.

Why Lyft Has The Edge On Uber

Uber may be the big, bad wolf of ridesharing; Lyft is the better buy by a mile.

11 Things We Just Learned About The WeWork IPO

Here are the key facts investors need to know from The We Company's latest S-1 filing and what the office-sharing juggernaut hopes to do.

Why Uber Eats Won't Save Uber

Growth in food delivery isn't a substitute for an effective ridesharing business. 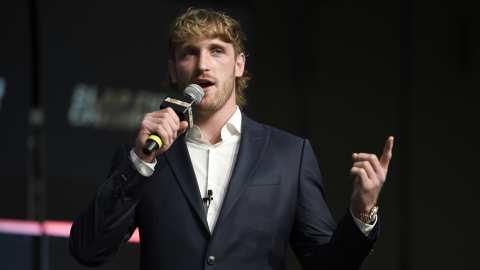 Internet Has Mixed Reactions After WWE Deal With Logan Paul

A Full List Of Investigations Donald Trump Faces In July

'Colossal' Work Ahead, As Ukraine Recovery Meet To Open In Lugano

'Colossal' work ahead, as Ukraine recovery meet to open in Lugano

More than 35,000 Russian soldiers have died since the invasion began on Feb. 24, says the Ministry of Defense of Ukraine.

A surprise decision by South Korean boy band BTS to take a break from live shows has rekindled debate about mandatory military service in a country setting global pop-culture trends while facing a...

Video released on Sunday showed eight police officers in Akron, Ohio, were involved in a shooting that killed an unarmed Black man whose body was found with some 60 gunshot wounds after he fled a...

President Joe Biden predicted on Friday that some U.S.

Stray Kids is currently in the U.S. for its second world tour.

The Chicago Bulls have signed Goran Dragic to a one-year contract.

Kevin Durant could find himself back in the Bay Area with the Warriors next season.