It's Official: Americans Have More Time To File Taxes In 2021

The IRS plans to push back Tax Day for the second year in a row.

Will The Federal Reserve Surprise Investors At This Week’s Meeting?

The central bank is not expected to change interest rates, but there’s much more to the story.

Your 2020 Guide To Social Security Benefits

Whether you’re claiming Social Security in 2020, have been collecting benefits for years, or are still decades away, here’s what you need to know about this critically important retirement program.

JPMorgan Chase Kicks Off Earnings Season On A Positive Note

The largest U.S. bank delivered strong results throughout its business.

What Investors Should Know As The Trade War Escalates

Here's why trade tensions are causing market turbulence and what investors need to keep in mind.

There weren’t any major policy shifts from the latest Federal Reserve meeting, but there are a few things worth noting.

Could This Be Warren Buffett's Next $100 Billion Investment?

Here’s how Berkshire Hathaway might finally put its cash to work.

The Federal Reserve Gives The Stock Market A Pleasant Surprise

The outcome of the FOMC meeting was about as dovish as investors could have hoped for.

The Oracle of Omaha loves to scoop up high-quality stocks at a discount when Wall Street is in panic mode, and it's fair to say there was quite a bit of chaos toward the end of 2018.

While there's no way for sure to know what your future Social Security benefit will be, this guide can help you get a ballpark idea.

Slack IPO: What Investors Need To Know About Direct Listings

The workplace messaging company submitted a confidential filing with SEC, a plan which works differently than most.

For starters, this wouldn't be the highest tax rate in our history, and most people wouldn't be affected.

9 Tax Credits You Need To Know

Here are the must-know details behind nine of the most popular tax credits available in the United States.

5 Tax Deductions That Could Save You Big Bucks In 2019

Take advantage of standard deductions, HSA contributions, and other breaks to lower your tax bill.

Here's How the Fed's Rate Hike Will Impact Consumers

The Federal Reserve just raised interest rates again. Here’s how it could impact your wallet.

To be perfectly clear, these are the tax brackets for the 2019 tax year, which is the tax return you'll file in 2020.

Bitcoin Plunges Below $4,000, Is It Technical Selling Or Something Worse?

Bitcoin has dropped by more than 35% in just a few weeks. Is the sell-off going to end anytime soon?

Bitcoin Is Crashing, What's Wrong With The Cryptocurrency Market?

Although bitcoin and most other major cryptocurrencies have been relatively stable for a few months, 2018 has been a terrible year for these digital assets so far.

Gates’ comments could be a contributor to Monday’s cryptocurrency declines. 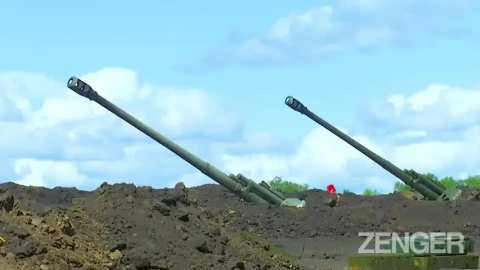 Another Mass Shooting, Another US Gun Control Debate

New Zealand on Wednesday said it would extend the New Zealand Defence Force's deployment to the Solomon Islands until at least May next year, amid concerns among Western allies about China's...

Take A Chance On Me: ABBA Pass The Torch On To Avatars

The children at Robb Elementary School in Uvalde, Texas, were two days away from their summer break when Tuesday's massacre unfolded.

Tsitsipas Back From Brink As French Open Clouded By Wimbledon Row

Tsitsipas back from brink as French Open clouded by Wimbledon row

Violent Clashes In Tirana Before The Conference League Final