Founder and CEO of Spanx 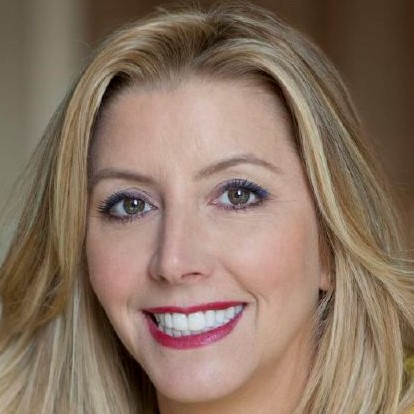 Sarah Blakely is the founder and owner of Spanx, an Atlanta, Georgia-based underwear company best known for shaping briefs and leggings, maternity wear and swimwear.

The idea for it first came to Blakely during her stint as a door-to-door fax machine saleslady. Forced to wear pantyhose in hot weather, she had an idea and would spend two years and $5,000 in savings for researching and developing it.

The company saw $4M in sales during its first year and was recognized by Oprah Winfrey, who included The Perfect Black Pant in her “favorite things” list. It then reached $10M in sales in its second year, with Blakely signing a contract with home shopping channel QVC, as it would carry Spanx.

A true self-made entrepreneur, she landed on the cover of Forbes for being the youngest self-made female billionaire in the world. She was also listed as the 93rd most powerful woman in the world by Forbes, as well as one of TIME’s 100 Most Influential People. In addition, she’s in other notable Forbes lists, including 2020’s America’s Self-Made Women, 2019’s Billionaires and 2016’s Power Women and Global Game Changers.

Blakely has also made appearances in shows, making a cameo on “Billions” and serving as a guest judge on “Shark Tank.” She was even on “The Oprah Winfrey Show” in 2006, where she donated $1M to the Oprah Winfrey Leadership Academy for Girls.

She is a co-owner of the Atlanta Hawks basketball team and is a known philanthropist, as she launched the Sara Blakely Foundation in 2006 to fund scholarships for young women.