A Year After Biden's Afghanistan Exit, Accountability In Short Supply

As weary U.S. military planners wrapped up the evacuation and pullout from Afghanistan one year ago, officials across the government steeled themselves for intense public scrutiny into how America's longest war ended in shambles with the Taliban retaking power.

As anarchy gripped the Sri Lankan city of Colombo in May, Meenu Mekala and Nirosh Ravindra gambled their family's life savings on a two-week, 4,700-km voyage aboard a rusting trawler with their two young sons.

According to Security Service of Ukraine spokesperson Artem Dekhtiarenko, the suspect worked for the Russian special services.

The soldier alleged during the call with his mother that Moscow's TV channels do not report the truth about the casualties.

Like A Scene From 'Parasite': Floods Lay Bare Social Disparity In South Korea

Using a plastic bowl, Ha In-sik bailed water out of his lower ground apartment in the low-income housing district of Sillim in southwestern Seoul on Wednesday, where flooding caused by torrential rain forced his family to sleep at a nearby park.

Raymond Briggs, creator of the bittersweet children's book "The Snowman", has died aged 88, his family announced on Wednesday. 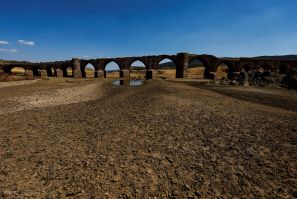 A flock of sheep shelter from the midday sun under the gothic arches of a medieval bridge flooded in 1956 to create the Cijara reservoir in central Spain, but now fully exposed as the reservoir is 84% empty after a severe drought. 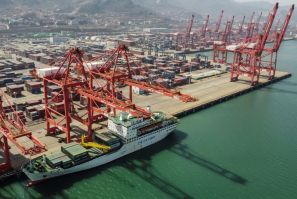 China Rejects Shipment For Not Having 'Taiwan, China' Label

Chinese customs have told Taiwanese exporters that their goods should not be labeled as originating from "Taiwan" or the "Republic of China."

Ugandan IT student Andrew Njuki spent years hunched over English-language textbooks, often grappling with material that would have been easier to grasp in his mother tongue Luganda. 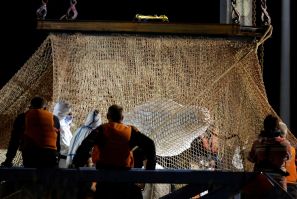 Beluga Whale That Strayed Into River Seine Dies During Rescue

An ailing beluga whale that strayed into the River Seine died on Wednesday during an attempt to return it to the sea off northern France, authorities said. 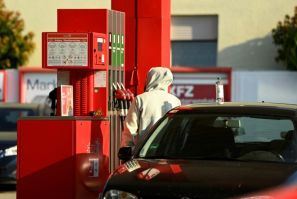 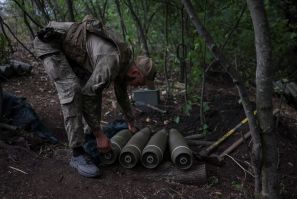 The Bureviy multiple-launch rocket system is a domestically upgraded version of the Soviet-era Uragan system.
Editor's pick
The Americas

New York Man Gets 30 Years For Threats Against LGBTQ+ Communities

US Proposes Stricter Rules For Airlines

About 60 to 80 people were aboard the boat that sunk off the Karpathos island.

Russian Spy Charged With Spreading Division In The US

A Russian agent inserted himself into U.S. political affairs to influence local elections and spread Russian propaganda and disinformation.

Pride Attacks In Berlin Part Of Rise In Violence Against LGBTQ+

Tensions are rising in China and Taiwan, and the world's largest chipmaker could be dragged into the picture, along with its global tech partners such as Apple.

3,200 Aftershocks Recorded After Earthquake In Philippines

Who is Priti Patel?

Patel has outraged many Labour politicians and constituents over the years with some of her statements and policies on such issues as Brexit and Israel.

France has been a member of the U.S.-led coalition conducting airstrikes in Syria since 2014 and stepped up its efforts following a November terror attack in Paris.

The girl's grandmother was found in a Big Lots store, and she told authorities that she was in the store for 25 minutes and left the car on with the air conditioning.

Man Who Went To Work And Never Returned Found Dead In Tarp; 4 Arrested

What was initially a missing person's case is being investigated as a homicide by the Cleveland police.