Will U.S. Debt Ceiling Impasse Ever Rattle the Bond Market?

Time and time again, Washington has shown itself incapable of coming up with a solution to the U.S. debt ceiling impasse. Meanwhile, August 2 looms closer and closer.

Call it 'dueling debt plans': Sen. Harry Reid, D-Nev. announced Monday a $2.7 trillion spending reduction plan, while House Speaker John Boehner, R-Ohio, announced a 2-stage spending cut plan, $1 trillion now, and $1.2 trillion next year. If the two sides can get down to negotiating, Monday will be a day of progress in the debt deal saga.

The International Monetary Fund Monday underscored the need for Congressional Democrats and Republicans to get their act together: it said the U.S. must raise its debt ceiling quickly, and get its debt under control, for the good of the global economy

Stocks were set for a lower open on Monday as political brinkmanship in Washington over the debt ceiling sparked fears of a U.S. rating downgrade, sending world equities lower and pushing gold to a record high.

Futures down on debt gridlock

Stock index futures fell on Monday as political brinkmanship in Washington over the debt ceiling sparked fears of a U.S. rating downgrade, sending world equities lower and pushing gold to a record high.

Less than 9 days remain before the U.S. Government defaults on is debt, and the debt impasse continues. So far, institutional investor patience has been remarkable, as Asian markets were relatively calm in Monday trading. But how long can that last, if Washington remains gridlocked?

Making Sense of the Market's Reaction to the US Debt Talks

As time marches towards August 2, the day the US would presumably default if the debt ceiling isn't raised, calls are growing louder and louder for a resolution.

Timeline: How the debt talks spiraled into crisis

With financial markets on edge, White House officials and Republican leaders scrambled to reassure them that the United States will avert default and lift its $14.3 trillion borrowing limit before August 2.

Obama Says U.S. 'Out of Time' on Debt Deal

President Barack Obama said Friday that time for negotiations had ended after House Speaker John Boehner broke off talks on reaching a deal to raise the federal debt limit and handle the United States' long term debts and deficits.

President Barack Obama, D-Ill. and Speaker John Boehner, R-Ohio moved closer toward a landmark debt deal late Thursday -- one that would avoid a U.S. default and implement major tax code changes, if approved. However, aides to both were lowering expectations, given the importance of the talks, so as to not jeopardize delicate negotiations within each caucus.

New York Federal Reserve Bank President William Dudley received a waiver allowing him to keep investments in firms the Fed was rescuing at the height of the financial crisis when he was a top staffer, a congressional watchdog agency found.

Speaker Boehner: No U.S. Default on My Watch

Despite no evidence that a debt deal was imminent, House Speaker John Boehner, R-Ohio, reiterated that he would not allow a default by the U.S. Government on his watch.

President Barack Obama will decide on Saturday whether to summon lawmakers for a new round of debt and deficit talks, weighing the chances of progress as both sides stick to their positions on spending and taxes.

The International Monetary Fund on Thursday called for a greater sense of urgency to address the Greek debt crisis and warned Europe it was taking too long to repair its banking system in the face of growing risks of contagion. 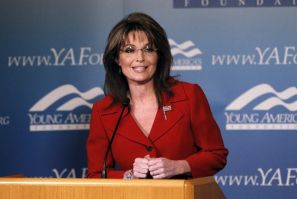 Former Gov. Sarah Palin, R-Alaska, redeployed her controversial gunplay rhetoric Wednesday, saying conservatives should not compromise and agree to raise the U.S. debt ceiling. Palin also said she isn't convinced that a U.S. Government default would be a calamity.

The United States may lose its top-notch credit rating in the next few weeks if lawmakers fail to increase the country's legal borrowing limit and the government misses debt payments, Moody's Investors Service warned on Wednesday. 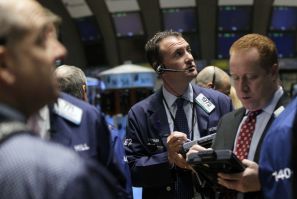 Moody's Investors Service has placed the Aaa bond rating of the U.S. Government on review for a possible downgrade, due to the debt deal talks stalemate in Washington, and the possibility of a U.S. debt default, the credit rating agency announced. Fed Chairman Ben Bernanke also said a default would trigger a major crisis. 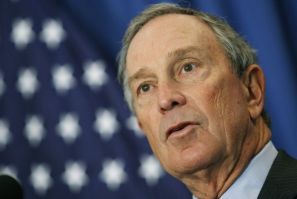 New York City Mayor Mike Bloomberg is quite candid regarding his evaluation of the impact of a U.S. Government default on the financial system: it would be catastrophic, and also hurt the nation's largest city.

McConnell Plan: A Way Out of Debt Deal Crisis?

U.S. Sen. Mitch McConnell, R-Ky., says he may have a way out of the debt deal crisis -- a sort of last-chance option that would permit President Barack Obama to increase the debt limit, even if Democrats and Republicans can't immediately agree regarding how to cut the budget deficit. But will Conservative Republicans support it?

A debt default would have a catastrophic effect on the nation's financial system and also deal a huge setback to New York City, Mayor Michael Bloomberg said on Tuesday.

Obama: Social Security Checks Could Stop, if No Debt Deal