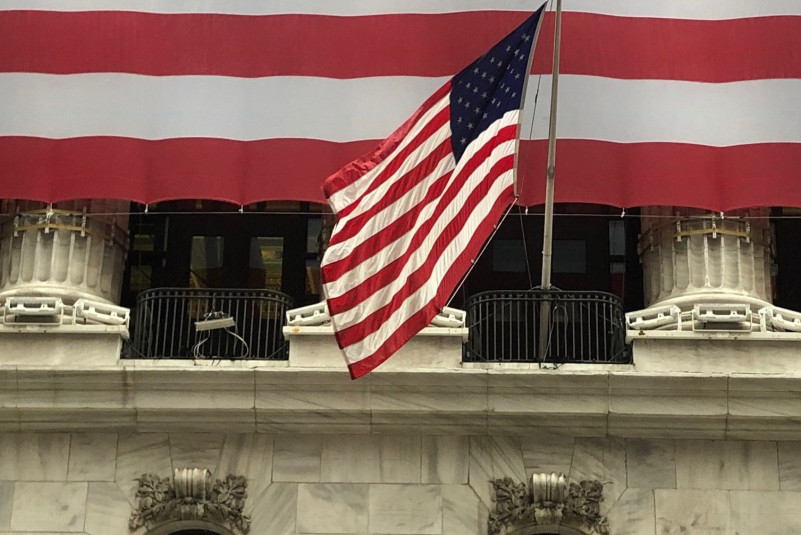 US stocks gained on Monday as gold soared to record high.

The yellow metal has jumped about 27% in price so far this year – making it one of the top performing assets for the year, CNN reports.

US stocks opened mixed on Monday as gold soars to new record high.

Analysts say investors are looking at gold as a safe option with a time horizon of at least two to three years, an indication that there is little optimism about an economic turnaround any time soon.

Gold prices finished lower for the third session in a row after giving up earlier, uncertainty-fueled gains.

Higher Open Likely For US Markets, Oil Down

Higher open likely for the U.S markets Thursday after the U.S. futures looked up modestly in the morning.

Gold prices rallied Friday after Britain voted to leave the European Union and may keep rising as the world faces financial uncertainty.

Investors nervous after deadly blasts in Brussels prompted a flight towards so-called safe-haven assets such as gold.

Video: Gold Shines Amid Market Turmoil, But Can It Last?

Negative interest rates, financial turmoil and a weaker dollar are drawing investors back into gold. But will its return to favor last?

The price of gold has been under heavy pressure this year due to expectations the U.S. Federal Reserve could raise its interest rates for the first time in almost a decade.

Many traders expect the ECB may signal further action later this week to ward off deflation.

Gold Price Will Pass $1,400 This Year As US Inflation Rises, USAGOLD Analyst Says

The gold dealer USAGOLD says gold prices will rise even if the Fed raises interest rates.

Gold prices are up this year thanks to geopolitics and a lagging U.S. economy, but they’re looking to fall again pretty soon.

China's Gold Demand Stagnates In 2014, A Year After Gold Rush Fueled By 'Grannies'

The Chinese gold-buying frenzy of 2013 has ebbed as quickly as it erupted.

On Tuesday, Japan’s sales tax is slated to rise from 5 percent to 8 percent.

Why Did Gold Crash In April 2013? Computerized Trading Is One Explanation

One prominent analyst cites the effects of high-volume computerized trading.

Gold prices have risen over tensions in Ukraine. Are the recent gains sustainable? Or Pyrrhic?

Facebook Vs. Gold Mining Industry: One Could Buy The Other [CHART]

For Facebook's $19 billion WhatsApp buy, investors could buy the entire South African gold mining industry, according to one gold analyst.

Gold demand rose the third fastest in the world in Turkey in 2013, for consumers.

It’s Official: China Consumed, Mined & Imported The Most Gold Ever In 2013

China produced, consumed and imported record amounts of gold in 2013.

Global natural resources performed better than sluggish stocks and bonds for the year to date.

Gold prices will struggle to climb higher in 2014, according to EverBank strategist Chris Gaffney.
About Gold prices