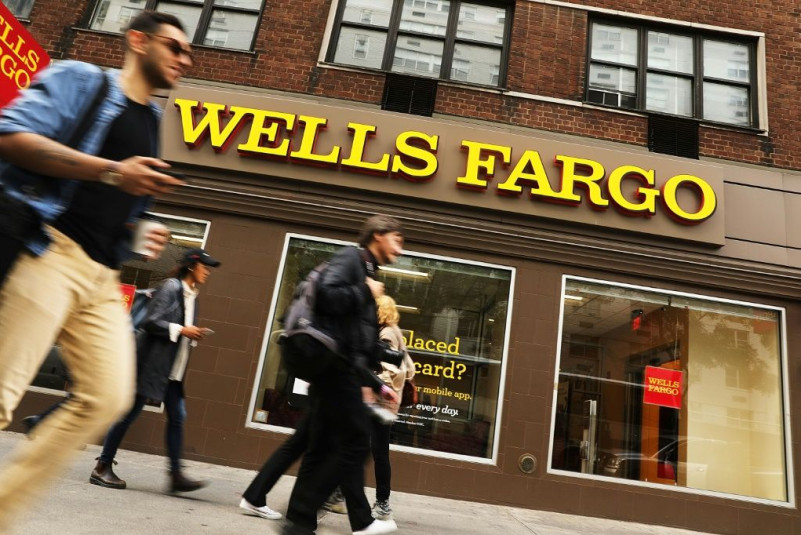 SunTrust, BB&T Bank Merger Is Biggest In 10 Years, All-Stock Deal Worth $66B

It is the marriage season in the American banking sector. The good news is that the first time after the financial crisis in 2007-2009, a mega banking merger has been announced. The all stocks merger between SunTrust Bank and BB&T Corp will create America’s sixth-biggest commercial bank.

As many as 1.5 million fee-generating accounts were opened without client approval to meet bank quotas.

The bank's profit decline is the biggest among big U.S. banks that have reported first-quarter results so far.

The National Credit Union Agency has sued several companies over securities sold to credit unions that failed during the financial crisis.

The investment giant's first-quarter profit jumped 12 percent from a year ago, while Wells Fargo reported a rare earnings decline.

US To Sue Citigroup Over Faulty Mortgage Bonds: Sources

The U.S. Department of Justice is preparing to sue Citigroup Inc. on charges that the bank defrauded investors on billions of dollars worth of mortgage securities in the run-up to the financial crisis, sources said.

Q&A: Ghost Group's Aaron Houston On What's Ahead For Marijuana-Related Business In US

Aaron Houston has been lobbying for marijuana legalization for over a decade, and he now works as an adviser at Ghost Group.

When The Rubble Cooled, Wells Fargo Was Left Standing

Wells Fargo has emerged from the collapse of the U.S. housing bubble as the nation’s dominant mortgage lender, grabbing an unprecedented 28.8 percent share

SAC Capital’s Massive Insider Trading Penalty Linked To Wyeth, Elan Trades Not An Admission Of Guilt, Much To Nobody’s Surprise

Firms constantly pay punitive fines to the SEC while not admitting to any wrongdoing. Should that change?

When San Franciso-based Wells Fargo & Company (NYSE:WFC), releases quarterly results Friday morning, analysts will be examining the corporate filing for hints as to the state of the U.S. housing market.

Wells Fargo & Co. (NYSE: WFC) annouced Friday the acquisition of prime broker Merlin Securities LLC for an undisclosed amount. The move is the bank's first move into prime brokerage services, which provides clients such as hedge fund managers to records-handling and trade-clearing services.

Citigroup Inc's quarterly profit beat Wall Street estimates as the third-largest bank cut expenses and benefited from an improved economy and more active capital markets after a dismal end to 2011.

A surge in mortgage banking income lifted Wells Fargo & Co's first-quarter profit by 13 percent, but its shares fell on concern that the bank is falling behind on its drive to cut expenses.

Michael Anthony Prozer III turned out to be a millionaire scam artist after federal prosecutors charged with mail, wire, and bank fraud. He pleaded guilty to the charges.

Wells Fargo & Co. (NYSE: WFC) is expected to report a big jump in quarterly earnings and a small rise in revenue on increasing mortgage refinancing during the first three months of the year.

Wells Fargo Scoffs At Subpoenas In $60B Fraud Probe: SEC

In conducting an investigation of possible fraud in relation to Wells Fargo & Co.'s sale of almost $60 billion in residential mortgage-backed securities, the U.S. Securities and Exchange Commission on Friday requested that a federal court order the country's largest mortgage lender to comply with its subpoenas.

Citigroup Inc on Wednesday stood by its pledge to reward shareholders, as Wall Street sought to understand why the bank failed to win approval from regulators to increase its dividend or buy back stock.

Greg Smith Attacks Goldman Sachs: Is He A Hero, A Whistleblower Or Having A Midlife Crisis? [POLL]

Greg Smith did not choose the subtle approach for his exit from Goldman Sachs, where he had worked for 12 years. Instead, Greg Smith decided to post his resignation letter in The New York Times for the entire world to read. The resignation letter, entitled "Why I am Leaving Goldman Sachs," included scathing commentary on the "toxic" environment at the bank, its lack of "moral fiber" and the "muppets" who work there.

U.S. bank Wells Fargo has drawn up plans to build up its overseas operations and wants to expand into 20 markets worldwide, the Financial Times reported on Monday.

After years of driving bank merger integrations, David Carroll is putting the same kind of energy into fine-tuning the wealth, brokerage and retirement services business he runs for Wells Fargo & Co .

Treasury Secretary Timothy Geithner sought to calm fears that the Obama administration's bank reforms were hostile to the U.S. financial industry, saying on Wednesday the reforms were "tough where they need to be tough."

Treasury Secretary Timothy Geithner sought to calm fears that the Obama administration's bank reforms were hostile to the U.S. financial industry, saying on Wednesday the reforms were tough where they need to be tough.
About Wachovia

Wachovia, based in Charlotte, North Carolina, is a diversified, wholly owned financial services subsidiary of Wells Fargo. As an independent company, it was the fourth-largest bank holding company in the United States based on total assets.

Starting in 2009, the Wachovia brand will be absorbed into the Wells Fargo brand in a process that was initially estimated to last three years. In July 2009, Wachovia Securities became Wells Fargo Advisors. The merger of Wells Fargo and Wachovia bank charters is scheduled for completion in March 2010.[6] States containing both brands (not converted already) will convert in 2010 and all remaining branches will re-brand in 2011 to the Wells Fargo brand.