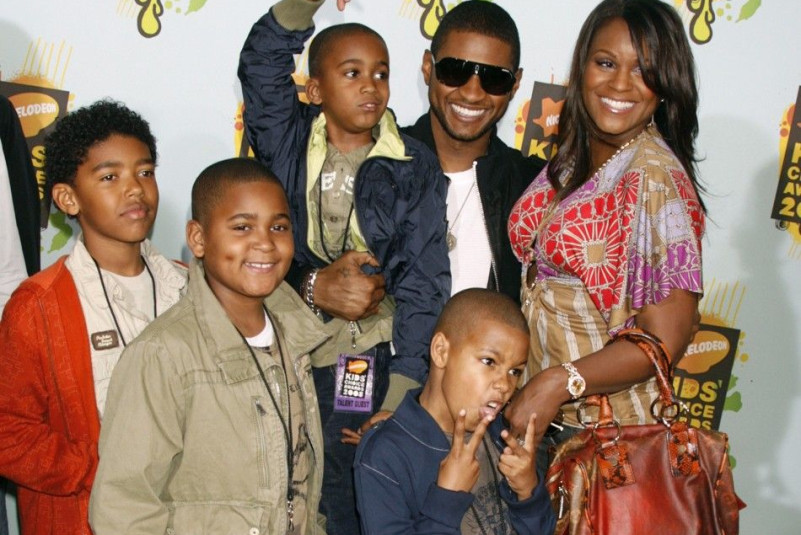 According to TMZ, Tameka Foster Raymond, has filed for full custody of their two sons, asking the judge to remove usher's custodial rights as soon as possible.

Breathe easy, Sons of Anarchy fans; Jax, and the rest of the SAMCRO crew will have a little bonus mayhem for you this season.

Col. Moammar Gadhafi, the longest-ruling Arab leader in history died on Thursday a humiliating and gory end when he was executed by rebel fighters.

Dan Wheldon, the IndyCar racer who died of head injuries on Oct. 16 from a 15-car pile-up at the Las Vegas Motor Speedway was honored on Saturday, at a funeral that was held in his adopted hometown of St Petersburg, Fla.

John Skelton Gets 10 to 15 Years for Sons’ Disappearance

John Skelton, whose three sons went missing last fall while in his custody, was sentenced to 10 to 15 years on Thursday, above the state guidelines.

Moammar Gadhafi, Do You Know Where Your Children Are?

Rebels have overrun the capital of Tripoli, as well as the many mansions and estates owned by the Gadhafi family. The Gadhafis have been driven away, some into hiding and some out of Libya, perhaps for good. But where exactly are Gadhafi's children now?

A 32-year-old man who allegedly drowned his two sons on the first day of school and led police on a manhunt has been apprehended. Naim Mohammed was caught after a foot pursuit near a neighborhood creek. Helicopters, the SWAT team and dogs were on the ground pursuing the suspect.

Saif al-Islam Gadhafi, one of Libyan leader Muammar Gadhafi's seven sons, appeared in Tripoli early Tuesday morning, greeting supporters in the face of the rebel presence in the city.

Libya: Saif al-Islam Gadhafi Captured, Could be Sent to I.C.C.

The rebels in Libya took Tripoli over the weekend, and along with the capital they also apprehended two of Gaddafi's sons.

Even as Libyan dictator Moammar Gadhafi's grip on the country was slipping fast with rebels making headway into the center of Tripoli and international pressure on the four-decade ruler to step down reached its zenith, there are reports that Gadhafi's son Seif Al-Islam has been captured by the rebels while another son, Mohammed, has surrendered.

Jubilant rebel fighters swept into the heart of Tripoli Sunday night as Muammar Gaddafi's forces collapsed and crowds took to the streets to celebrate the apparent downfall of his 42-year rule.

A rebel spokesman claimed that Libyan leader Moammar Gadhafi's youngest son Khamis was killed in a NATO airstrike on the Western town of Zlitan.

Warners picks up pitch from "Sons of Anarchy" producers

Warner Bros. has picked up a pitch about an American POW in Japan who stays after the war and becomes a Yakuza gangster, TheWrap has confirmed.

Maria Shriver has filed for divorce from Arnold Schwarzenegger and will split around $400 million.

Each year hundreds of Indian girls are being operated on to turn them into boys with the help of corrupt doctors in Indore.

Each year hundreds of Indian girls are being operated on to turn them into boys with the help of corrupt doctors in Indore.

Hosni Mubarak's sons, wife and daughters-in-law : How the mighty have fallen?

A slideshow which gives a sneak peek into Hosni Mubarak's family.

Egypt's Mubarak to apologize to nation, plead for amnesty: report

Egypt's Hosni Mubarak will apologize to the nation and plead for amnesty, the Muslim Brotherhood has said in a report published in its site, even as prosecutors tightened the noose around the 82-year old former dictator and his family.

Netflix adds a few new shows to its instant streaming service including Sons of Anarchy and Glee.

NEW YORK - Netflix said Friday that it has expanded a distribution deal with News Corp.'s Twentieth Century Fox that will make some past seasons of U.S. network Fox hit show Glee and FX's Sons of Anarchy, as well as older series, available for instant streaming.

A slideshow showcasing Gaddafi's sons and their varied engagements.

Convicted swindler Bernard Madoff will conduct a private service in prison in memory of his son, Mark, who committed suicide on Saturday, Madoff's lawyer Ira Lee Sorkin said on Monday.

The brother and sons of imprisoned swindler Bernard Madoff are the subject of criminal tax-fraud cases by federal prosecutors in Manhattan, the Wall Street Journal reported, citing people familiar with the matter.

Joe Jackson, the elderly father of late pop star Michael Jackson, on Friday filed a court petition seeking an allowance from the singer's estate, saying his son had supported him for many years.

Pay or be blamed for son's death, Travolta told

Actor John Travolta testified in a Bahamian extortion trial on Wednesday that he was told that unless he paid $25 million, stories would be sold to the news media implying his son's death was intentional and he was to blame.

Epic swindler Bernard Madoff's two sons, his brother and a niece will be sued this week for $198 million, the trustee winding down the Madoff firm told CBS News' 60 Minutes broadcast on Sunday.
About Sons