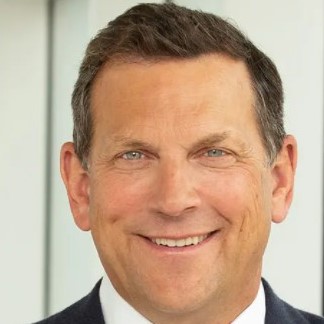 As the nation’s largest life insurer, one might incorrectly assume Northwestern Mutual no longer needs to be so attentive to its customers, or that it might get lost in the profits and lose site of the people. But nothing could be further from the truth.

In 2020, the company surpassed $1 billion in new life insurance sales, but, says Schlifske, “Our persistency rate -- the number of policy owners who stayed with us -- was 97%, the highest in the industry.” Clearly Schlifske is even prouder of the latter.

Moreover, the reason for the company’s record growth has a lot to do with its unique business model in the insurance world and its commitment to “helping customers achieve financial security and empowering colleagues.”

That’s because all of Northwestern Mutual’s profits return to its policy owners. That makes customers feel much more like they are on the same team with the company rather than a customer or a client. That goes a long way to creating a trust-like atmosphere, something of paramount importance to the CEO.

“Across industries, the notion of ‘trust’ is often at the forefront -- even rising to the level of being a buzzword in some cases,” he explains. “But I think we are having an incomplete conversation – and companies that implore customers to trust them have it backwards. They should be focused on being trustworthy -- which is significantly more important and reflects a much deeper commitment.”

That may be the reason John often jokes that, short of a religious career, his work at Northwestern Mutual is as mission-driven as you can get working within commercial financial services.

Financial Strength And Strength Of Character – Both Are Needed For Success

Northwestern Mutual CEO shares strategies from a 165-year-old company to win the next 165 years.

Northwestern Mutual CEO says integrity is the greatest investment of all.