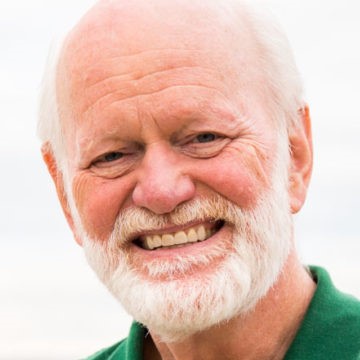 Marshall Goldsmith is one of the world’s most accomplished and in-demand executive coaches. With a client list that is a who’s who of the highest-level global CEOs, he is very selective in choosing clients. Marshall’s clients are CEOs whose work is critically important to the organization. He currently has a waiting list of six months for any potential new clients. Marshall’s coaching process is unique. He gets paid only after his clients get better! And “better” is not defined by Marshall or by his individual clients; “better” means measurable positive change in pre-selected leadership behaviors as determined by pre-selected key stakeholders.

Marshall Goldsmith is one of the world’s foremost experts at helping people get better. He provides a rich set of new, practical and life-tested ideas, concepts and frameworks that will help those of us who want to change, be the best we can be and be the person we want to be.

We don’t put many coaches on our Social Capital list, and, in fact, this is our first. It’s not that they don’t belong here, as the nature of coaching others to be better, do better, and contribute more to the world around them is totally aligned to what we are essentially all about. The challenge is finding coaches that actually do that for all the right reasons.

So, when we heard about Marshall’s 100 Coaches Project, we felt it was indicative of the fact that he was 100% in line with Social Capital. His intent was to bring together and assist some of the world's leading coaches, top business thinkers, and thought leaders in a communal effort for them to donate their services in order to prepare, develop, and energize other future-inspired leaders.

The apple-seed effect of their corporate collective of caring and mentoring is downright dynamic and irresistible, so much so that it’s attracted the support and assistance of some of the most effective and caring business and societal leaders ever, such as Frances Hesselbein, former CEO of the Girl Scouts, recipient of the Presidential Medal of Freedom, and chairman of the Leader to Leader Insitute; Alan Mulally, former CEO of Ford, an early hero of many of the Social Capital concepts we talk so much about throughout his career; Dr. Jim Kim, president of the World Bank; and Hubert Joly, former Best Buy CEO whom we have honored this month, to name just a few. Along with dozens of other established as well as up-and-coming thinkers and doers, they are looking to make the world a better place by sharing their knowledge, expertise, and ideas, allowing others to have access to all of it so they can teach it to others.

The idea came to Marshall when he was attending a leadership program led by his friend Ayse Birsel, one of the world’s top designers, called Design the Life You Love. At the program, Ayse asked the attendees to write down the names of their heroes and why they saw them as heroes.

“I wrote that they were all ‛great teachers’ and ‛very generous,’” explains Marshall. “She then challenged us to ’be more like them‘ in designing the lives we love. It’s from this fantastic program that I came up with the idea to teach people everything. These people would ‘pay it forward’ by doing the same thing for others.”

Marshall is the only two-time winner of the Thinkers 50 Award for No. 1 Leadership Thinker in the World, ranked the No. 1 Executive Coach in the World and a Top Ten Business Thinker for the past eight years. He’s written and/or edited 36 books, three New York Times bestsellers, and sold more than 2.5 million copies, including What Got You Here Won’t Get You There and Triggers, both regarded in the Top 100 Leadership & Success Books Ever Written.

So, when Marshall offers to teach you “everything,” that’s no small offering considering what he has accomplished and what he knows. The end result of this cannot truly be described here, since we will only see the ripple of it years from now as these coaches spread their goodwill, their great thoughts, and their altruistic efforts out into the ether of intellectual offerings and practical ideas for making the world a better place.

Yet neither can it be overstated.

In fact, Marshall and his 100 Coaches may be the perfect period on this month’s list because of the infinite nature of the project itself. For it is the endless ripple effect of the entire idea of Social Capital that Marshall is setting into motion here in a potentially exponential way. Where and if it ends nobody knows, for each of these 100, and the 10 or 20 or 100 or more whom they help, can and will light a fire of Social Capital.

And that is what we hope will happen for all the Social Capital CEOs we recognize, this and every month, and for all their empowered and respected customers and employees, and the readers who read about them here.