President and CEO of Greyston Bakery 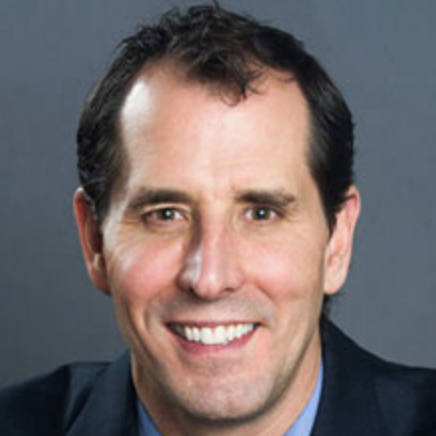 Mike Brady is the former president and CEO of Greyston Bakery, a community-focused Riverdale, New York-based company that’s been in operation since 1982. Brady is also known for his compassion, visionary leadership, management expertise and willingness to continue building on the company’s long heritage of serving its community.

Taking after the former Greyston Bakery CEO and Founder Bernie Glassman, Brady continued the company’s “open hiring” practices, where it aims to get hard-to-employ people via a first-come, first-served waiting list. Choosing to invest in ability rather than in background, his leadership allowed Greyston Bakery to operate on the Buddhist ideal of “non-judgment and embracing uncertainty” established by its founder.

In fact, Brady himself started the same way, volunteering for the company after having heard how it operates. He later joined the board and took over bakery operations before eventually becoming CEO in 2012. Under his tenure, Greyston’s unusual hiring model became a business leadership program, birthing the Center for Open Hiring. The company was also able to continue its Pathmaking Programs and Greyston Community Wellness, both of which address poverty and help provide life skills training and community-based support services.

The results have been amazing, with Greyston Workforce Development graduates earning more than $27.5 million since 2009. Sixty percent of the company’s bakers are also ex-convicts, and its training and transitional employment to released prisoners has a low recidivism rate of 6.3 percent.

Brady holds an M.B.A. from the University Of Pennsylvania Wharton School and also serves as a business advisor to the American Sustainable Business Council and Social Enterprise Alliance. Additionally, he advises, supports and collaborates with the LPO area on humanistic management practices.

Mike Brady, Formerly of Greyston Bakery - Why We Recognized Him:

Mike Brady was all about non-judgment – and brownies – in that order when he took over Greyston. He continued the legacy their founder began of making enough money to sustain itself so it could be a practical employment center for the local community. His hiring strategy was simple: come in the door and put your name on a list.

“No questions asked, no background checks, no interviews, no references,” explains Brady. “We are just trusting in the power of people to be successful, so we give everyone an equal chance at that.”

Talk about being kind. Brady's hiring practices followed the Buddhist ideal of “non-judgment and embracing uncertainty.” Whatever the intent, the result is a whole lot of Social Capital for a whole lot of people.

Sound like an out-of-this-world business model? Well, maybe that’s’ because it was started by a former aerospace engineer and Zen Master who believed the whole purpose of the for-profit company was to help the community. The late Bernie Glassman redesigned the hiring process with one simple powerful phrase “Open Hiring” so they could “invest in people and build communities, businesses, and a better world.”

When Brady heard about that, he loved the idea so much he volunteered. Then he joined the board and eventually took over operations for the bakery after he saw firsthand the wake of positivity created. “I was blown away by the reception of others when I told them where I worked,” he recalls.

Then when Glassman passed away after a stroke in 2018, Brady took up the torch of that heavenly mission and turned it into a bonfire of compassion in action. Instead of trying to “maximize” profits or performance the way many second generation leaders who replace visionary leaders often do, he took Glassman’s vision to the next level.

First, he put his real world business skills to work by leveraging all their goodwill and good press into great relationships with like-minded businesses. Today, Greyston is the official brownie vendor for Delta Airlines, and has a whole line of products, including vegan brownies and blondies, for Whole Foods among others. About 35,000 pounds of brownies are baked each day at the Yonkers facility and 6.5 million brownies annually.

Brady also turned their unusual hiring model into an actual business leadership program. Greyston Foundation launched the Center for Open Hiring to develop and advise other businesses on how to expand their view of who is employable across all industries and throughout the world in order to create pathways for more people to enter and thrive in the workforce.

“I want to inspire every business in the country to hire 10 people who need a break,” boldly declares Brady.  “To say ‘Let’s take a chance to hire someone who doesn’t fit.”

And those aren’t just words. Currently, over 60% of Greyston’s bakers are ex-convicts., a statistic that might terrify other CEOs but never Brady.

“We trust that everyone can be successful on a job, and we invest in that trust,” he declares. “Everyone gets a chance. We don't hire people to bake brownies, we bake brownies to hire people.”

But that was just the beginning for Brady. Over the last few years of his tenure with the company he expanded programs that would rival the best social service efforts of a major city, only with a lot more success.

Through their Pathmaking Programs they address the fundamental causes of poverty. From life skills training, to employment services, they empower anyone 17 through 65 with no-cost job skills training, one-on-one coaching, and job placement assistance.

And determined to overcome the four most common obstacles to success - food, education, housing, and mental health - Greyston Community Wellness offers support services that address the physical and emotional health needs of the community.

The results have been utterly amazing – in fact world changing: Since 2009, Greyston Workforce Development graduates have earned $27.5 million and 31% more than the minimum wage. They estimate that has saved $2.2 million in public funds. Their training and transitional employment to released prisoners has seen a stunningly low recidivism rate of 6.3%, compared to a national average of 44%.

“We want people to be not only great workers but thriving in their own lives,” says Brady.

That’s the epitome of human kindness, and a whole lot of Social Capital.

Open the door to all, train them right, and the profits will flow.

The Invisible Hand Up: Windfall Profits Await Companies Who Employ The ‘Unemployable’

By embracing non-judgment, we do not give up the practices that have allowed us to succeed, but rather we question our attachment to certain longstanding practices that may actually be preventing much greater success in our businesses.

Mike Brady exemplifies kindness in leadership -- leaders making decisions that follow the golden rule, treating people how we want to be treated, with humanity and respect.