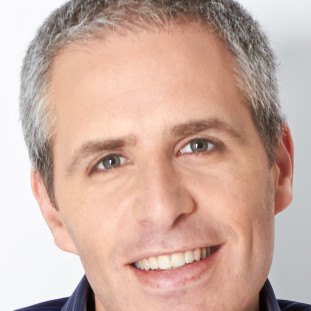 David Sirota is International Business Times' senior editor for investigations. He is also a nationally syndicated newspaper columnist and a bestselling author. He lives in Denver, Colorado and covers the intersection of money, politics and finance. He appears periodically on national television shows and has been published in (among others) The New York Times Magazine, Politico, The Atlantic, Harper’s, Wired.com, Vice and Salon.com. He also has served as a journalist and consultant on documentaries for CNN and The National Geographic Channel. In 2014, he was the winner of the Society of American Business Editors and Writers' investigative journalism award, and the winner of the Izzy Award for Journalism from Ithaca College's Park Center for Independent Media. He was also a finalist for UCLA's Gerald R. Loeb Award and Syracuse University's Mirror Award. Before becoming a journalist in 2006, Sirota worked in Washington for, among others, U.S. Rep. Bernie Sanders, the U.S. House Appropriations Committee Minority Staff and the Center for American Progress. He also worked on political campaigns. For Sirota's full biography, go to DavidSirota.com.

“We should be concerned that he has the ability to launch nuclear weapons with literally no checks and balances,” says the bill’s sponsor, Rep. Ted Lieu. “One of the things you want to avoid is a fatal miscalculation.”

Amazon Aims To Block Its Own Shareholders’ Questions About Growth

As it seeks bids for new headquarters, Jeff Bezos’ company wants to kill a shareholder resolution that would force the retail giant to report on "the risks arising from the public debate over Amazon’s growth."

Ed Perlmutter, a representative from a major oil and gas state, says climate change will likely make the industry less profitable, and that local communities should have some regulatory power.

The Democrats’ bill comes weeks after the Department of Labor issued waivers to convicted banks, including one that owns at least $130 million of debt from President Trump, allowing them to manage funds in federally regulated retirement systems.

Analysis by government researchers finds that trade-ravaged locales saw big increases in mortgage debt — which may have exacerbated the housing crisis.

Trump And Lawmakers Got Cash From Payday Lenders, Then Weakened Lending Rules

The industry funneled money to the president and top GOP lawmakers, then Trump officials moved to undo new regulations.

Mental Health Expert On Trump: ‘This Is A State Of Emergency’

The Yale University expert who briefed Congress tells IBT why a growing number of health professionals are alarmed by President Trump's “unraveling” —and how lawmakers of both parties reacted to her report.

He started his governorship canceling a tunnel project over its $5 billion price tag. Now Christie is ending his tenure pushing to hand a big gift to Amazon.

President Donald Trump owes millions to Deutsche Bank, which was one of five convicted banks that just saw its punishment waived by the Labor Department.

A former Reagan aide says the Republican tax bill creates deficits deliberately — and that Reagan's image as a tax cutter is a "myth."

Trump Could Have Killed Carried Interest Loophole; Now It May Be Too Late

Experts argue President Trump could have closed the loophole the same way he has slashed regulations and restricted immigration: through an executive order. But the tax bill he just signed may make it harder to do so in the future.

New data shows the final tax bill could deliver 10 times more tax relief to real estate moguls than did the Senate version of the bill.

Sen. John Cornyn’s pipeline provision benefits Sen. Ted Cruz and other Republicans. He inserted it into the tax bill as his former chief of staff lobbied on the issue.

A provision that could enrich key GOP lawmakers was part of effort to “cobble together the votes we needed,” said the Texas senator.

On the eve of the FCC’s vote, some prominent GOP lawmakers are now demanding the net neutrality rules be preserved.

Correspondence obtained by IBT shows Trump's financial regulator went to bat for the finance industry that was bankrolling his campaigns.

Bridgewater's Dalio Steps Back, But His Philosophy Persists

There are plenty of Halloween TV episodes to binge on Netflix as you prepare for the holiday.