Iranians and Arabs fiercely disagree over what to call the Gulf between them, leading Google to leave the body of water nameless.

Royal Dutch Shell has shut down the Nembe Creek Trunkline to repair theft-related damage, deferring some 60,000 barrels of crude oil per day.

News Corp. board announced 'full confidence' in Murdoch's leadership in response to a Parliamentary rebuke.

Cardinal Sean Brady did not act upon his knowledge to stop the sexual abuse of children after a 1975 church investigation.

Jailed former prime minister Yulia Tymoshenko continues a hunger strike to protest prison abuse while doctors say she also suffers from a chronic back condition that is unable to be treated in...

Greece will no longer pay benefits to 200,000 fraudsters and dead pensioners; Greek central-bank governor warns of departure from euro zone if budget cuts are not followed

General Ashfaq Kayani, head of Pakistan's military, calls for India and Pakistan to end occupation of the world's highest battlefield

Sudanese President Omar al-Bashir announced he will 'liberate' South Sudan during a political rally Wednesday as clashes along the border intensify.

Sudan Will Be Dominant Topic At First-Ever African Security Summit

The body of French scholar Richard Descoings was found in a New York hotel on Tuesday. Police say there is no evidence of foul play 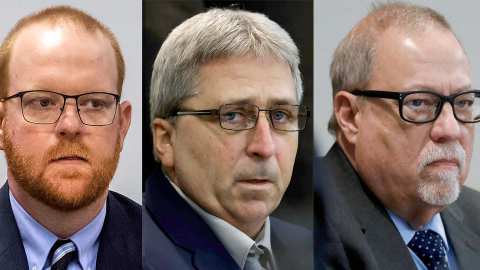 'Outriders': How To Get Secret Chests In New Expeditions

Here's how to get the hidden chests and Easter eggs in the newly-released Expeditions in "Outriders."

What Is The Future Of Tech?

An LAFD spokeswoman acknowledged the incident and said the department took immediate action.

6 Charities To Donate To On GivingTuesday

In an interview with Sean Hannity Tuesday night, Trump revealed he met with Rittenhouse and his mother in Mar-a-Lago.

Cohen was sentenced to prison in December 2018 after he pleaded guilty to nine federal crimes, including tax fraud, lying to Congress and campaign finance violations for making the hush-money...

Biden To Spend Thanksgiving In A Billionaire's Nantucket Mansion

Watch The ‘Christmas In Tune’ Trailer

“Countdown to Christmas” continues on Hallmark with “Christmas CEO”

Watch The ‘An Unexpected Christmas’ Trailer

Hanukkah 2021 Start Date And How To Celebrate

Rich Hill could play again for the Boston Red Sox.