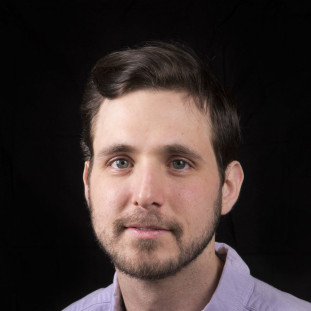 Reporting on Wall Street and finance for International Business Times.

Yelp, Motorola and General Mills were among the stocks rising before market open Thursday, as investors tempered their post-Brexit buying.

Following the U.K.'s vote to leave the European Union, France is playing hardball for a chance to capture the multinational banking business.

Carnival cruise lines and PayPal were among the U.S. stocks rising in the second day of gains following the market shock of the Brexit vote.

With the release of Federal Reserve stress test results this week, Bank of America, JPMorgan Chase and other top U.S. lenders face their biggest test of the year.

Stocks rose Tuesday as investors shrugged off fears following the U.K.’s vote to leave the EU. Bank of America and Micron are among the ones to watch.

The British vote to leave the EU last week dealt a shock to global markets. Here are five stocks to watch.

Brexit: How Economics Did (And Didn’t) Affect The EU Referendum

Deep divides in British society, on issues ranging from income to education, affected how voters cast their ballots in the EU referendum.

The major U.S. bank’s CEO Jamie Dimon has said the bank could lose 4,000 jobs if the U.K. voted to sever its membership with the European Union.

Is Grexit Next After Brexit? Greek Stock Market Leads Europe In Losses After British Referendum

Stocks around the world tanked in the wake of the U.K. vote to leave the EU. But stocks in Greece — a nation rife with EU discontent — fell the hardest.

What Happens After UK Leaves EU Following Brexit Vote? The Big Winners In The Referendum On Britain’s Future

Heads of state, actors, soccer stars and famed investors all weighed in on the referendum over Britain’s EU membership. Here’s who won.

Who Supported EU Remain Vote? The Big Losers In The Referendum On Britain’s Future

Months of vigorous campaigning and frenzied debate came to a stunning end Friday as Britons voted to leave the EU. Here’s who lost.

Who Is Jeff Gennette? Macy’s To Appoint New CEO In Executive Shakeup

The Brexit drama in the U.K. preoccupied investors this week, but big corporate news at home is moving stocks like Viacom and Bed Bath & Beyond.

Tesla and SolarCity top the list of stocks to watch Wednesday after Elon Musk announced a deal to merge his two companies.

Software programs that big banks and financial firms use to monitor employees for legal breaches may also uncover attempts to report suspected wrongdoing.

Federal Reserve Chair Janet Yellen addresses the Senate on Tuesday in testimony that could cover everything from the Brexit vote to negative interest rates.

Several would-be Olympians have resolved to stay home during the contests in Rio de Janeiro, citing the risk of spreading Zika to their families.

Although no mosquito-borne cases of the Zika virus have been recorded in the U.S., there‘s an epidemic of fraudulent remedies spreading online.

The digital technology sector occupies a central role in the economy — accounting for 6 percent of total U.S. gross domestic product, new data confirm. But its impact on employment is less certain.

The Federal Reserve’s rate-setting committee is scheduled to announce monetary policy decisions and weigh in on the state of the economy Wednesday.

Study Of Global Billionaires Suggests Americans Are Getting Fleeced By Rents

Warren Buffett Charity Lunch: How Much Does It Cost To Win A Meal With The Oracle Of Omaha?

The price of a charity meal with the Oracle of Omaha has risen from $25,000 in 2000 to more than $2 million last year. This year’s auction ends Friday.

Numerous records requests for documents from Hillary Clinton’s tenure as secretary of state have been delayed until after the presidential election.

Euro Rejects 2016: These Seven Countries Are Still A Long Way From Joining The Common Currency

There are seven countries in the European Union that must adopt the currency one day but remain in limbo. Here’s why they’re still not on board.

A British referendum on leaving the European Union has Chinese investors increasingly nervous about the results.

“I would expect a protracted recession to begin within 18 months” of a Trump election, the former Treasury secretary warns.

May Jobs Report: Three Takeaways From The Dismal Hiring Numbers