Man, 45, Spends Millions To Look 27, Achieve Fitness Of A Teenager

Johnson's ultimate goal is to have his body parts including his brain, liver, penis, hair and rectum function like that of a teenager.

Spinal cord injuries are rising in America, but technology is coming to the rescue. Here's how.

The procedure was carried out by a team consisting of three pediatric surgeons, two anesthetists and a plastic surgeon, according to reports.

Telescope In Hawaii Captures 'Mysterious' Spiral In The Sky [Watch]

The Subaru Telescope once again captured the strange spiral moving across the night sky.

Authorities are identifying anyone who may have been exposed. 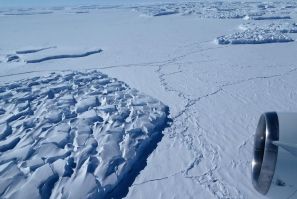