So now we know one reason why shares of IBM, the No. 2 computer services company rose nearly 13 percent over the past three months: Warren Buffett has been buying.

So now we know one reason why shares of IBM, the No. 2 computer services company rose nearly 13 percent over the past three months: Warren Buffett has been buying.

Who are the Top 10 Women in U.S. Technology?

Nobody would ask who the top five men are in U.S. technology because their ranks fill the executive suites at Intel, Apple, Texas Instruments, Google, Microsoft, Nvidia, Motorola Mobility. But finding the women is harder because there are fewer, especially at the CEO level, where they can really influence the company and the industry.

Republican presidential nomination candidate Herman Cain proudly touts his unconventional campaign, which produced an ad featuring his chief of staff on a smoke break. But Cain's campaign is far from the only campaign to release an ad that left politicos scratching their heads.

Have CEO Severance Packages Gotten Out of Hand?

The whole process is to ensure that compensation is aligned with shareholder interest, Steve Rabitz, an attorney with Stroock & Stroock & Lavan who specializes in executive compensation, told International Business Times. But shareholders sometimes are angered by executive packages they believe are increasingly over-the-top.

Dear Meg Whitman:Now that you’ve been installed as Hewlett-Packard’s fifth CEO in six years, you’re going to have to fill some big footprints left by giants like Bill Hewlett, David Packard and John Young.

With Apotheker Out, is that Requiem for the “HP Way?”

Leo Apotheker won’t remain CEO of Hewlett-Packard into a second year. Directors of the world’s biggest computer maker ousted him in favor of the former head of eBay, Meg Whitman, who lacks computer experience.

Hewlett-Packard: A Crisis in Leadership and Strategy

Since mid-February, HP stock has lost more than half its value.

Is Léo Apotheker On the Way Out From HP?

Several media reports say that Hewlett-Packard (NYSE:HPQ) is considering ousting CEO, Leo Apotheker, only 10 months after he officially took the helm on Nov. 1, 2010.

Hewlett-Packard Co's board convened on Wednesday to consider ousting Chief Executive Officer Leo Apotheker after less than a year on the job and replacing him temporarily with former eBay CEO Meg Whitman, a source familiar with the matter said.

Hewlett-Packard: Is Leo Apotheker to Blame for Company Woes?

During his brief stay at HP, Apotheker decided to dramatically shift the company’s strategy.

If Apotheker is Out, is that Requiem for the 'HP Way?'

The world may know later Wednesday whether or not Leo Apotheker will remain CEO of Hewlett-Packard into his second year. After a year on the job, the HP leader's progress ought to be reviewed. But if a computer-savvy expert who's not been given much of a chance to put a strategy into effect is booted out, where is the HP Way?

HP Shares Jump on Speculation CEO Might be Ousted

Shares of Hewlett-Packard, the biggest computer services company, jumped as much as 8.2 percent Wednesday after unconfirmed reports CEO Leo Apotheker might forced out.

Yahoo’s summary firing of CEO Carol Bartz knocked out one of the most visible women CEOs but also showed a phenomenon called the “glass cliff,” a technology professional women’s association said.

Women Tech CEOs: With Bartz Gone, Who’s Left and Why?

Carol Bartz's ouster as Yahoo CEO leaves the ranks of women in the tech sector much smaller. Why?

Robert Kelly, the chief executive of Bank of New York Mellon Corp. (NYSE: BK) was recently fired reportedly because of his “abrasive” personality and management style.

Like Kelly at BNY, Chief Executives Often Get Fired Over Personality Issues

The chief executive of Bank of New York Mellon Corp. Robert Kelly was fired on Wednesday reportedly because of his “abrasive” personality and management style. 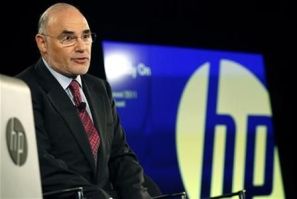 Hewlett-Packard Co may spin off the world's largest PC business, part of a wrenching series of moves away from the consumer market, including killing its new tablet and buying British software company Autonomy Corp for as much as $11.7 billion. 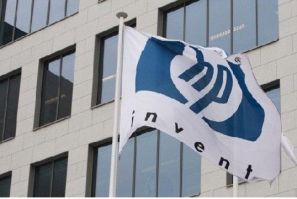 Five Reasons Why HP Would Sell its PC Lines 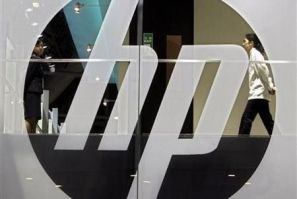 Turning around troubled Hewlett-Packard is a long-term project that will require more investment in the business, company chairman and venture capitalist Ray Lane said.

Turning around troubled Hewlett-Packard is a long-term project that will require more investment in the business, company chairman and venture capitalist Ray Lane said. 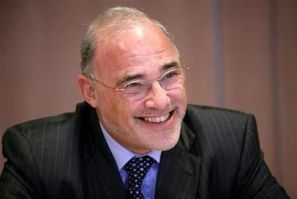 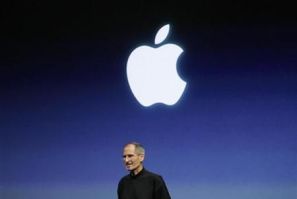 Apple's CEO Steve Jobs has announced that he is going on medical leave, in an email to the iPad maker's employees, giving weight to a proposal for a CEO succession plan being pushed by some shareholders.
Latest news
Fiorina, Hurd: no practitioners of The HP Way?
Demon Sheep haunts Senate race in California
Former HP Chief Fiorina running for Senate
HP could prune outsourcing services: sources
HP's Dunn says she has no plans to resign
EDITOR'S PICK