Commerzbank AG (FWB: CBK) is the second-largest bank in Germany, after Deutsche Bank, headquartered in Frankfurt am Main.

Commerzbank holds a nationwide network of branch offices throughout Germany and numerous branch offices in the EU and Europe (namely London, Luxembourg, Poland, Spain and Switzerland) and with a leading market share in online banking. EuroHypo is an integral part of Commerzbank.

The bank holds representations and holdings in various commercial and financial centers in Asia and the Americas.

The bank is under pressure from activist investor Cerberus to slash 7,000 jobs.

Wirecard's revelation followed the resignation of the company's founder and chief executive Markus Braun on Friday after the firm was hit with fresh fraud allegations that have left it struggling for survival.

Commerzbank has faced repeated criticism from U.S. based shareholder Cerberus

Germany's No. 2 Bank Chief To Quit

Martin Blessing was credited with bringing Commerzbank back to stability after the financial crisis.

"It's all consistent with a global economy which clearly is struggling to make any significant headway," Commerzbank economist Peter Dixon said.

The U.S. Federal Reserve could signal the timing of its first interest-rate increase in more than eight years Wednesday.

Among the violations being investigated are Commerzbank's transactions for the Islamic Republic of Iran Shipping Lines. 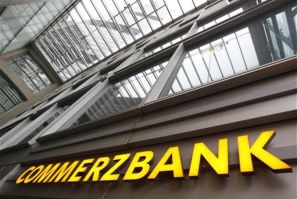 News of the probe comes little more than a week after French banking firm BNP Paribas pleaded guilty to felony charges in a U.S. court.

Commerzbank Will Cut 10% Of Workforce: Sources

German bank Commerzbank has agreed on a level of job cuts crucial to an ambitious years-long restructuring, said negotiators.

ING is the latest European financial services company to lay off thousands of employees amid the region's debt crisis. 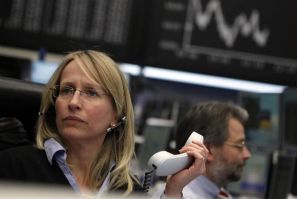 European markets rose Friday as investor sentiment turned positive following the announcement of another round of quantitative easing by the U.S. Federal Reserve. 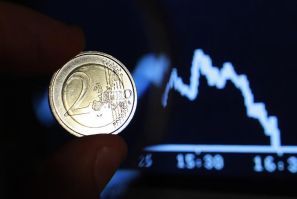 Most European markets rose Wednesday with investors awaiting Germany's Constitutional Court to approve the euro zone's new bailout fund to help reduce the debt stress faced by the countries in the region. 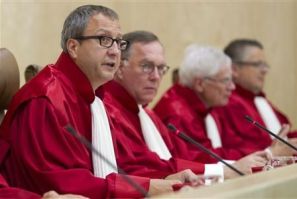 Most Important Supreme Court Decision Of 2012: Six Things To Know

The most important court decision of 2012 will take place Wednesday in Germany, when the red-robed justices of the German Constitutional Court hand down a decision for which it is no hyperbole to say it could change the course of history. The Court is expected to rule over whether Germany is barred from contributing to the European Stability Mechanism, Europe's all-purpose bailout fund of which the German state is the major planned benefactor. 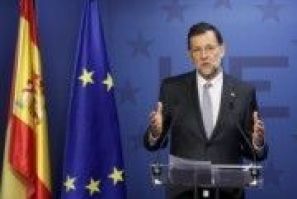 While pundits and analysts dissected a myriad angles regarding the ECB's proposal, one lesser-considered issue has been how, following the announcement of the plan Thursday, it increasingly seemed Spain was being given the short end of the stick, while Italy was being favored, by the announcement.
Latest news
European Markets Continue Upward Rally On ECB Move, German Export
Thursday Meeting Preview: ECB's Draghi To Push Paradox Of Monetization On Reluctant Germans
European Stocks Rise On Greece Optimism
European Stocks Fall As Japan’s Trade Data Disappoints
Germany vs. Argentina: Watch Live Stream Online of the International Friendly; Prediction, Probable Lineups, Preview
EDITOR'S PICK