Binance Connect will now be added as a payment option by Trust Wallet.

Shopify brings a number of features under its Consumer to Connect (Summer 2022), including tokengated commerce, a new experience for merchants and customers.

Bitcoin billionaire Sam Bankman-Fried stepped in to rescue a pair of struggling cryptocurrency firms at a time when many crypto-industry players are being hammered by some of the harshest turmoil...

Celsius Network, the retail crypto lending platform whose liquidity problems have sent cryptocurrencies plunging, stumbled on complex investments in the wholesale digital asset market in what...

A hedge fund manager that provides risk-adjusted returns, 3AC was established in 2012.

"We’ve received credible information that there may soon be an attack on our social media accounts," Yuga Labs said.

India On Track To Have The Most Number Of Web3 Developers In A Year: CoinDCX's Rohit Jain

Last month, CoinDCX announced the launch of CoinDCX Ventures, an investment initiative that will fund early-stage crypto and blockchain startups.

Britain will begin live testing of crypto blockchain technology for traditional market activities such as trading and settlement of stocks and bonds next year as part of a drive to become a global ...

Binance Enters Into A Strategic Cooperation With Vietnam Blockchain Association

The partnership will promote the development of blockchain technology in Vietnam and expand interests around the world, allowing local crypto firms to strike partnership deals on a global scale.

Officers had reportedly responded to reports of a theft at IRA's office on Feb. 8, but the real theft was taking place in cyber space.

The partnership will see the two cooperate on a number of blockchain projects, including listings of NFTs on Binance’s marketplace.

Stepn has suffered multiple designated denial of service (DDOS) attacks this weekend and the network has been facing congestion issues as well. Developers are working to restore the "Web 3.0 app."

Dogecoin Co-creator Takes Out Frustration On Twitter, Calls "Every Token" On BSC "Garbage"

The Dogecoin co-creator previously said 70% of crypto investors don't understand the fundamentals of how the industry or the market works.

LUNA 2.0 Not Hard Fork But New Blockchain; Here's How LUNA, UST Holders Will Get New Token

The Bahamas-based exchange has reached out to at least three privately held trading startups to strike acquisition deals, CNBC said.

Buterin Admits Drop In His Net Worth; 'Not A Billionaire Anymore'

Last year, Forbes estimated that the total wealth of the Russian-born Canadian computer whiz was around $1.46 billion

The WSJ reported that certain whales have profited from the prior knowledge of listings on major crypto exchanges like Binance and Coinbase. 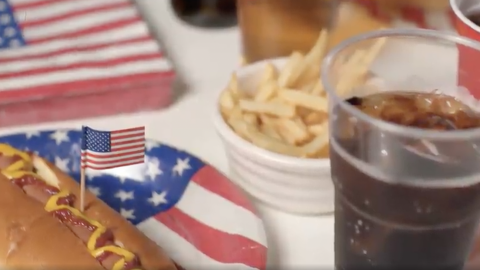