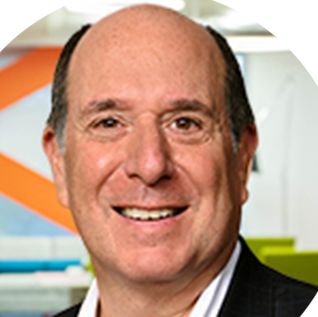 UKG (Ultimate Kronos Group) CEO Aron Ain fiercely contends that there is a direct link between employee engagement, customer satisfaction and business success – and he has proof. When he became CEO of Kronos in 2005, Ain and team put a laser focus on employee engagement as a growth strategy and saw worldwide employee engagement scores skyrocket as revenue nearly tripled to beyond $1.5 billion.

In April 2020, Kronos and Ultimate Software merged to become UKG, and Ain was tapped to be the CEO and chairman of the combined company with more than 13,000 employees and $3 billion in revenue. With 50,000 organizations using its solutions across 115-plus countries, UKG is one of the largest cloud companies in the world as a leading global provider of HCM, payroll, HR service delivery and workforce management solutions.

As a multi-year recipient of Glassdoor’s Top CEOs distinction, Ain believes anything is possible when people are inspired and that great management is the single largest component that adds to shareholder value and company performance. Continued recognition for his leadership and the company’s award-winning culture culminated in the 2018 release of Ain’s debut book, “WorkInspired: How to Build an Organization Where Everyone Loves to Work.”

Ain believes that being an active participant in the broader community brings balance to his life and allows him to give back in recognition of all the guidance he has received over his career. Ain serves on the board of trustees of his alma mater, Hamilton College, in Clinton, New York; is a member of the board of trustees at Beth Israel Deaconess Medical Center in Boston, Mass.; and serves as a member of the board of directors at Combined Jewish Philanthropies (CJP) in Boston, Mass.

“If work is your No. 1 priority, you’ve got your priorities mixed up. Your No. 1 priority should always be family.” This is the belief – long held and oft reiterated -- of Aron Ain, CEO and chairman of Ultimate Kronos Group.

Aron, who had been CEO of Kronos since 2005, had been named to Glassdoor’s Top CEOs list several years in a row and is regarded as a pioneer in workforce management and HCM. He firmly believes that great businesses are powered by great people and anything is possible when people “WorkInspired.”

Many businesses proudly proclaim the “family atmosphere” they strive to create in their workplaces. But often, that refers to a congenial atmosphere at work. Ultimate Software, whose tagline was “People first,” brought to its merger last year with Kronos an exemplary record of proving its regard for its employees’ “whole life” with perks for their families. The new, merged entity, Ultimate Kronos Group, has a similar tagline: “Our Purpose is People,” and earned recognition from Great Places to Work for committing to no layoffs during the pandemic, adding more employees, investing more into its employee benefits and continuing its philanthropic efforts.

But as the old adage says, “Charity begins at home.” UKG lives this, extending its caring into the homes and families of its employees.

During the tumultuous year of 2020, UKG’s business overall remained stable, though employees and their families were directly impacted by COVID-19 -- so one of the first things the newly merged UKG did was to try to relieve some of their stress. In its first month post-merger, UKG established an Employee Relief Fund to provide extra financial support to any employees and their family members adversely affected, such as a spouse losing their job or a family member getting sick. Employees were invited to donate to the fund, and the company matched those donations 100%. Soon after its inception, having shown incredible success, it was formally established in May 2020 as the PeopleInspired Giving Foundation, a 501(c)(3) dedicated to providing financial assistance to people physically, economically, emotionally or otherwise adversely impacted by tragedy -- including and beyond COVID-19. In barely over a year, the fund has provided relief to hundreds of UKG families.

That this fund includes employees’ families is part of what puts UKG on our list of Social Capital companies. Nor is this a one-off item; another significant commitment is UKG paying 100% of healthcare premiums for not just all U.S. employees (such a benefit is not necessary in the United Kingdom, which has universal healthcare for its citizens) but also for all the employees’ families!

The Ultimate-Kronos merger is a story of growth and “the best of both worlds” coming together to create one of the world’s greatest people companies. True to this aspiration, in March 2020 – as the pandemic was already taking a toll on people’s mental health due to stress of job and financial worries -- the UKG leadership team, private-equity firm and board of directors approved a $35 million increase from combined legacy spend to combine the best benefits from legacy Kronos and Ultimate and enhance UKG’s benefits program into something unique.

With some benefits new and others enhanced for legacy employees, programs that became effective as of the first of this year for all UKG employees in the U.S. include 100%-company-paid healthcare premiums (medical, dental, and vision), which also extends to spouses, domestic partners (same and opposite sex) and dependents. UKG is one of just 9% of U.S. companies fully covering premiums for full-time employees and one of only 2% fully covering part-time employees. UKG also offers a 45% dollar-for-dollar match on all 401(k) contributions, with no lifetime cap; unlimited paid time off for any reason, including vacation, sick time, volunteering, voting and more, for full-, part-time and hourly employees; fully paid maternity (12 weeks), paternity (4 weeks) and adoptive (up to 12 weeks) leave; and student-loan-repayment assistance -- available to all employees upon hire, with no lifetime limit.

What made this a bold of leadership was UKG’s dedication to it despite the pandemic: Leadership committed to this investment even as COVID-19 reshaped the economy. Neither these benefits nor the planned spend had been announced to employees, and as leadership stress-tested UKG’s financial model amid a suffering economy, these unannounced benefits could easily have been cut. It’s noteworthy that UKG forged ahead, with unanimous support from its board, to create an expansive, unprecedented benefits program.

The extensive list of benefits UKG offers its employees includes many items that are found at other companies as well. But, under Ain’s leadership, the sheer volume of benefits takes it to a rarefied level. UKG purposely strives to be one of the world’s greatest people companies, and we honor it as a leader in Social Capital.

WorkInspired: How to Build an Organization Where Everyone Loves to Work