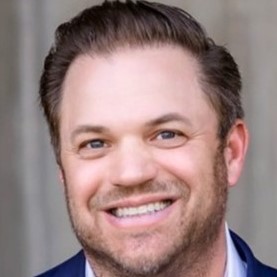 Jonathan Keyser is the founder of KEYSER, LLC, one of the largest commercial real estate advisory firms of its kind in the country. Along with its international partners, it has more than 560 people worldwide.

Jonathan was recently named "The Commercial Real Estate Disruptor" by USA Today, is a No. 1 Wall Street Journal Best Selling Author for his book “You Don’t Have to be Ruthless to Win”; named a "Social Capital CEO" by the International Business Times; is a frequent keynote speaker; a thought leader featured in more than 150 articles, publications and podcasts; and during the pandemic was recognized as one of the “Top 20 Virtual Keynote Speakers" in the country.

As an entrepreneur himself, Jonathan has built Keyser into an eight-figure firm. Today, through his 6,7,8 Selfless Leadership workshop series, he helps other business leaders activate the three levels of reinvention to boost profits while increasing client and employee retention. Jonathan's efforts to change the business world through selfless service manifest in his content, thought leadership, and the level of excellence he holds his team to within Keyser.

“I dream of a world where people help each other selflessly and without regard for personal gain,” says Jonathan Keyser. What an inspiration for us to honor him as a Social Capital-pioneering CEO for incorporating kindness into business!

The commercial real estate world in which Jonathan developed his career was almost the diametric opposite of his dream – generally viewed as cutthroat and dog-eat-dog. So, he made the calculated move to change course, developing a philosophy around CRE that he explains in multiple books, including “You Don’t Have to Be Ruthless to Win” and “The Gift of Growing Up Selfless,” that has helped his company become the largest occupier services commercial real estate brokerage in Arizona.

“My parents raised me to be selfless, but I didn’t fully realize the gift of that mindset until I was much older and working in the ruthlessly competitive world of commercial real estate,” explains Jonathan. “It took a personal reinvention for me to see that you don’t need to be ruthless in business to win. In fact, selfless service leads to the most extraordinary gains of all, personally and professionally.”

Talk about a perfect endorsement of the Social Capital concept. And his ensuing success was an even greater endorsement. Soon after Jonathan realized he was trading his values for success, he reinvented himself as a “selfless leader” and, incredibly, succeeded in building one of the nation’s fastest-growing commercial real estate brokerages, becoming more successful than ever.

Jonathan’s goal now is to train and teach people how to selflessly serve clients and the community – and then inspire and empower them to teach others how to do the same. “It is precisely this commitment to our clients that helps us accomplish results that others cannot,” he says. “I, personally, abandoned millions of dollars of ownership interest in a growing and profitable national real estate firm, and other Keyser members’ sacrifices have been just as great.

“This just isn’t another real estate advisory firm,” Jonathan emphasizes. “There are plenty of those. This is a firm intent upon changing the world, one act of service at a time.”

Keyser Proves You Can Sell Real Estate Without Selling Your Soul