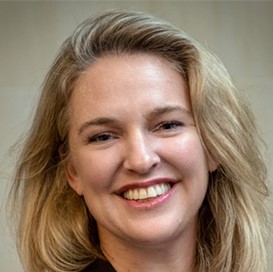 A true champion of healthy family nutrition and citywide wellness, Kristin currently serves as Chief Executive Officer and Chairman of Revolution Foods. Prior to founding the company, she was Vice President of Resources for Indispensable Schools and Educators, where she grew the organization to a nationally scalable model working to help school leaders recognize and retain outstanding teachers. From 2000 to 2002, Kristin lived in Nairobi and co-founded the Kenya Community Center for Learning (KCCL). She began her career at Citi in Investment Banking. Kristin was a member of the White House Council for Community Solutions and is on the Dean’s Advisory Council at UC Berkeley. She is a Pahara-Aspen Fellow, an Ashoka Fellow and a Young Global Leader of the World Economic Forum. Kristin is on the Board of Directors for Generate Capital, a leading clean energy investment company and sustainable infrastructure operator. Most recently, Kristin was recognized as one of Inc.’s Top 100 Women Entrepreneurs of 2020.

Kristin Groos Richmond and Kirsten Saenz Tobey founded Revolution Foods in 2006, and they have been giving millions of children across America access to nutritional meals ever since.

This dynamic duo met as fellow students at Haas School of Business at University of California, Berkeley, both working toward their MBA. But far from typical MBA students, they sought out an incredibly ambitious schedule of extracurricular ambitions and achievements before and after they graduated, all indicative of their obvious and laudable desire to help children.

Kristin’s career spanned from corporate finance to education reform. In fact, she left behind a lucrative career on Wall Street to co-found the Kenya Community Center for Learning. She served on President Obama’s White House Council for Community Solutions, and, as its vice president, grew another company, Resources for Indispensable Schools and Educators, to a nationally scalable model. She was an Aspen Institute Entrepreneurial Leaders in Public Education Fellow, an Education Pioneers Fellow, and an Advisor to the Kauffman Foundation Entrepreneurship Program.

Kirsten has been a teacher, researcher, and garden educator with Earthjustice, the School for Field Studies, and Phillips Academy at Andover, and has led experiential education programs in the U.S. and Ecuador as well as evaluating the scalability of school feeding programs with the U.N. Hunger Task Force in Ghana.

The two women shared a do-er’s energy, a caring for others, and an interest in providing students in need with nutritious meals. “I saw firsthand what a difference good nutrition makes for students in and out of the classroom -- how it affected their academic performance and energy and ability to succeed,” Kristin explains, drawing on her experience helping start a school in Kenya.

Together, they worked on a business plan for meals with fresh ingredients at a manageable price. That was the genesis of Revolution Foods, which Kirsten and Kristin launched as a pilot program with three charter schools in downtown Oakland. Their goal, as Kristin describes it, was to “completely transform the quality of meals offered to students” by reinventing school lunch.

In a twist on the proverbial garage startup story of many famous companies, Kristin recalls, “We prepared 300 meals daily in a rented kitchen.” Success fed on success, and, after expanding in California, they launched in the Washington, D.C., area. Since then, they have taken their revolution to Denver, Houston, New Orleans, and all over New York, New Jersey, and Pennsylvania.

At the heart of their model was their belief that introducing kids to proper nutrition in their school years would instill healthy eating habits that would follow them throughout their lives -- upholding in a very unique way our Social Capital ideal of providing access to a better life.

“Kids deserve the best possible food they can get, particularly at school where many of them are eating every day,” says Kirsten.

So, she and Kristin decided to totally rethink how school food works -- they brought trained chefs into the process to “design” the food that kids eat every day and set out to transform the school lunch line, so that it would no longer be the necessary evil of the school’s budget, serving the cheapest food available.

They also recognize the opportunity food represents as a cultural expression and try to incorporate diverse “food traditions” from region to region, and school to school, which adds an element of comfort through the familiar. “The menus are based on the age of the kids, based on the location, and whether we’ve developed any specific dishes for the population they’re serving,” says Kirsten, “in addition to seasonality.”

Revolution Foods has grown more than its menu since its humble beginnings. It has expanded its mission beyond school children to include other vulnerable populations, such as the homeless, seniors, and the homebound. Active now in 400 cities nationwide, the company distributes several million meals per week. And school closings over the past year caused by the pandemic added greater urgency to fulfilling its mission. The reality for many families is, school lunches are a primary source of food, so Revolution Foods responded to the crisis by partnering with cities to create new distribution models.

Their heroic efforts might not have made them into a household name, but they have almost certainly transformed many households by bringing life-changing and often life-saving nutrition to their most vulnerable inhabitants.

CEO Kristin Groos Richmond is committed to empowering students to succeed in school – and thus in life – by giving them good nutrition; she reveals why Revolution Foods’ for-profit model was the best way to make that happen.