Constellation Brands, the company behind Corona beer, announced it plans to invest more of its money into Canada’s top cannabis producer.

The retailer announced it will start its autonomous driving service to deliver customers' groceries.

Turkey Gets $15 Billion From Qatar Amid US Tariff Dispute

Turkey received the investment Wednesday as it continues to have financial issues amid spat with the U.S.

The country on Tuesday announced it has prohibited certain models of the German automaker after an engine flaw was discovered.

Kroger To Sell Its Products On Chinese E-Commerce Site

The retailer on Tuesday announced it would begin selling products on the Chinese e-commerce website to expand its reach overseas.

The coffee giant on Tuesday announced the release of a new vegan, plant-based coffee to its menu.

The soft drink manufacturer on Tuesday announced it has purchased a stake in BodyArmor.

The shoe manufacturer announced this week it plans to close its remaining manufacturing plants.

The fast-food chain is offering a card that grants access to free food for life. Heres how to get one.

The restaurant is looking to give patrons the option to make bets on sporting events.

The two companies announced this week that they have canceled their proposed merger.

The American Medical Association on Wednesday denounced a possible merger between the drugstore chain and the health insurer.

Tesla on Wednesday said it may endorse the CEO's plan to take the company private.

The e-commerce giant on Wednesday announced its Prime members can now pick up Whole Foods items from a store within 30 minutes.

President Trump To Have Dinner With Business CEOs

President Trump will host a dinner on Tuesday with business leaders in Bedminster, New Jersey.

After testing the braking systems of several cars, the Insurance Institute for Highway Safety on Tuesday said that those systems might not stop the car in time to avoid an accident.

The online real estate company on Monday announced the acquisition of Mortgage Lenders of America for an undisclosed amount.

The specialty products retailer announced Thursday it has filed for Chapter 11 bankruptcy and will close its remaining mall locations.

The two short-form video apps announced on Thursday that they have merged to expand their user audience.

The credit card company on Wednesday announced it has expanded cardless access to 15,000 of its ATM's nationwide. 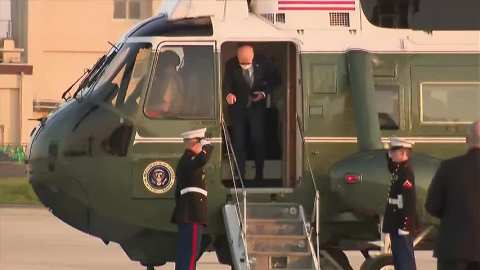 By Anshuman DagaSINGAPORE - Two top executives at Grab Holdings' fintech business have quit, adding to other senior departures in recent months, as the Southeast Asian ride-hailing and delivery...

The U.S. Department of Energy plans to spend $3.5 billion on carbon capture hubs across the country, but the costs and practicality associated with CO2 capture technology may hamper progress.

'V Rising': Where To Get Silver Ore

Italy and Hungary have urged the EU to call explicitly for a ceasefire in Ukraine and peace talks with Russia, putting themselves at odds with other member states determined to take a hard line...

The new Boeing Starliner capsule was due to descend back to Earth on Wednesday from its first uncrewed journey to the International Space Station (ISS), completing a high-stakes test flight as NASA...

Politicians' Mafia Past Stirs Anger Ahead Of Sicily Election

The children at Robb Elementary School in Uvalde, Texas, were two days away from their summer break when Tuesday's massacre unfolded.

Democrats attempt to tackle the price gouging of Big Oil companies to reduce gas prices but Republicans claim they are trying to shift the blame from the bad policies of the Biden administration.

Christina Perri posted an emotional video about her pregnancy.

Fans think the music studio itself started the dating rumor to divert fans' attention away from the bullying issue.

'One Piece' 1050 Spoilers: The Short-Lived Sweet Victory Against The Strongest

Kylian Mbappe was expected to leave PSG at the end of 2021-22 season.