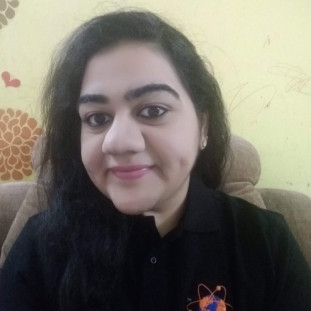 Divya Ramaswamy has done her Masters in Bioinformatics and was initially associated with life science research. Underwent training in science journalism from the Indian Science Communication Society when she decided to 'take the road less traveled by'. She has also undergone training in medical transcription, biotechnology techniques, and drug target identification. Her interests include, but are not limited to, health, healthcare, medicine, genetics, biotechnology, bioinformatics, and nutrition.

US Coronavirus: Over Half A Million Children Have Tested Positive For COVID-19

Even though children represented just about 9.8% of all COVID-19 cases in the country, more than half a million kids have tested positive for the virus by far.

The itching sensation, technically called "pruritis", is believed to have evolved as a way to protect the skin from parasites as well as the build-up of dead cells.

Researchers say the free, circulating form of vitamin D level found in the bloodstream can predict future health risks rather than its total measure.

National Beer Lovers Day 2020: 7 Health Benefits Of The Alcoholic Beverage, #3 May Surprise You

The hormone that induces feelings of love, bonding and well-being is found to reverse stress-induced digestive health issues.

Alzheimer's Disease: How You Sleep Matters In Finding Out Your Risk

UC Berkeley's neuroscientists have now found a way to forecast when Alzheimer’s is most likely to strike in one's lifetime, based on sleep patterns.

It can be challenging to cope with rising temperatures, especially for people who own pets.

Type 2 Diabetes: This Is Why Handgrip Strength Is Important To Stay Out Of Risk

Researchers have now found that improving hand strength can reduce the risk of type 2 diabetes.

The results of a recent survey pointed out that approximately 1 in 3 U.K. adults blame obese individuals for their obesity and don't believe that the condition might be a medical problem.

PCOS In Women Ups Risks Of Autism, ADHD And Other Neuropsychiatric Disorders In Children: Study

The researchers also found that the risk of neuropsychiatric disorders in children born to women with PCOS was higher if the mother was obese, diabetic, or had given birth via a c-section.

Despite not sitting close by, 23 passengers caught the coronavirus from an asymptomatic COVID-19 patient after traveling in an air-conditioned Chinese bus.

What Is Benadryl Challenge? Latest TikTok Trend Blamed For Death Of Oklahoma Teen

Health experts urge parents to be aware of dangerous social media trends and talk to their children about the consequences.

CDC Warns Against Using Masks On Pet Animals, Says It 'Could Harm' Them

The CDC urged pet owners to protect the animals by limiting their contact with sick people and those outside the household.

Several clinical trials have demonstrated that applying 7.1% of Chlorhexidine gluconate to the umbilical cord prevented infections and newborn fatalities.

UC Davis Health study pointed out the overall increase in fatality rates might be due to a rise in the number of self-inflicted injuries.

When a mother breastfeeds, she produces 2.6-fold more glucose and releases 2.3-fold more fatty acids from storage in their fat tissues compared to their counterparts who formula-fed their babies.

Children Born At High Altitudes May Be Smaller And Have Stunted Growth: Study

Given the ubiquity of the bacterium F.nucleatum in the mouth, the researchers found that oral sex might facilitate a vaginal environment vulnerable to bacterial vaginosis.

Researchers pointed out that individuals with lower levels of empathy and higher levels of personality traits like risk-taking, callousness, and deceitfulness might not adhere to COVID-19 containment measures.

While the critically endangered animals were found to be at very high risk, domestic animals like dogs and pigs were at low risk of contracting COVID-19 via their ACE2 receptors.

A top health official warned that people of all ages with underlying medical conditions are vulnerable to severe consequences or fatalities if they contract COVID-19.

Experts found 33% of the study participants had gone through at least one form of maltreatment during their childhood.

The researchers who confirmed the effectiveness of the age-old home remedy for common cold said that it was pointless to prescribe antibiotics for viral infections.

A recent study has raised the alarming possibility that airborne viruses, such as the novel coronavirus, can spread also through dust and microscopic particles in the air.

Autism-Cholesterol Link: Some Autistic People In US Have Altered Blood Lipid Levels

Plastic contamination and BPA were detected in all 47 tissue samples collected from human cadavers.

Art Of Noise: UK Project Aims To Save Lost Sounds

Art of noise: UK project aims to save lost sounds

This is truly an exciting time because the next customer-experience titans — the next Adobe, Salesforce and Zendesk — are being created now.

'There Is No Future': Lebanon's New Poor Face Long-term Stagnation

Unemployed and unable to support his family of four, Hussein Hamadeh, 51, now spends his days trying to find help to weather a protracted economic crisis that some Lebanese fear has become the new norm.

Election officials on Friday reported heavy turnout in Georgia on the last day of early voting ahead of the Dec.

Divorce has cost several famous personalities hundreds of thousands to billions of dollars over the years.

There are several holiday episodes of popular TV shows that can be streamed on Netflix for Christmas.

Watch The 'A Fabled Holiday' Trailer