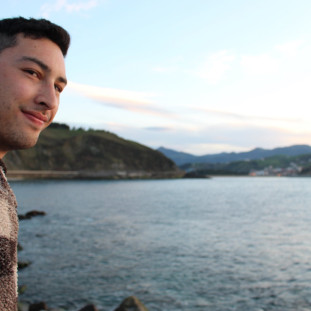 John Walsh wrote for Takepart.com as an editorial intern about issues pertaining to social justice and environmental conscientiousness. He was a news reporter for the Daily Trojan student newspaper at the University of Southern California and was the beat writer for the football and baseball teams there. Walsh recently wrote at Newscult.com in Brooklyn.

Helen Beristain voted for Trump because she agreed that undocumented immigrants who were convicted of crimes in the U.S. should be driven out of the country.

Montenegro, a former Yugoslavian republic with a population of roughly 650,000 needs approval from each of the 28 NATO members in its bid to become a full member of the alliance in May.

Who Is Who Is Derrick Watson? Judge Who Blocked Trump’s Travel Ban Receiving Threats

Obama urged lawmakers to “build on" the Affordable Care Act, which expanded health care under Medicaid and made beneficial changes to Medicare.

The social media checks were ordered in the latest of four memos instructing immigration officials on how to implement “extreme vetting.”

The incident has prompted widespread outrage from the Muslim community as well as local law enforcement.

Employment In The US: Hacks On Job-Assisting Company Puts Nearly 5 Million Americans At Risk Of Identity Theft

The six-day holiday between March 18 and 24, is widely known for the ritual of participants jumping over bonfires as a symbol of “rebirth, rejuvenation and reconciliation’ for the New Year and the arrival of springtime.

The officers accused of misconduct have been suspended from their positions while their cases are being investigated by the local law enforcement.

The photo IDs would provide the ability to cash checks and pursue employment, among other things.

Gay Rights In Germany: Men Convicted Under Nazi-Era Law To Get Government Compensation

The proposal would compensate those convicted of homosexuality with a lump sum of roughly $3,200 and an additional $1,600 for every year the men spent behind bars.

Gabriel, a Lebanese-American, founded ACT for America in 2007.

Having Children After 35? Older New Mothers Have More Compassion

Researchers studied about 4,700 Danish women between the ages of 17 and 49 and their children.

Is Eating Late At Night Bad For You? Snacking After 10 PM Linked To Developing Breast Cancer: Study

Researchers found that the risk of developing breast cancer was 1.79 times higher among women who ate noodles late after 10 p.m. and 1.58 greater for those who ate rice late at night.

Roger Stone said he was aware that he'd be asked to participate in the FBI investigation, but that he hadn’t been contacted by the bureau yet.

Starving To Death: Dozens Die In Somalia From Famine In March

Somalia Prime Minister Hassan Ali Khaire said Somalia's famine was on the verge of becoming a national disaster at the beginning of March when 110 people died of hunger in the time span of 48 hours.

The money would not only go towards efforts to restore archeological sites raided by ISIS, but also create several museums around the world to house artifacts at risk of being destroyed.

Newroz celebrations were reportedly barred from being held in the cities at night, which included a ban on all fires associated with the famed ritual of Muslim practitioners jumping over bonfires to welcome the new year.

The club, which was founded in 1929, received international scrutiny for its previous policy on gender under which women weren't allowed to be full-time members or golf on Sundays.

Shootings In The US: House Passes Bill Allowing Mentally Ill Veterans To Own Guns

Under current law, the Veterans Administration decides that a veteran is "mentally incompetent" if they need another person to help them with their finances.

The potential bill would strip Chinese nationals of their U.S. visas if they were involved in China's aggression in the South China Sea.

War On Terror: Al-Qaeda Militant Who Killed 2 Americans Given Life Sentence By US Court

ISIS Leader Blows Himself Up By Accident In Botched Suicide Attack

The Islamic State confirmed Bahrumsyah’s death, but posted on the terror group's Twitter account that the suicide attack was successful.

It was “obvious” that Obama didn’t personally implore his national security advisers to install listening devices in Trump Tower, the chairman of the House Intelligence Committee said.

The 28-year-old Latino officer fatally shot Castile during a traffic stop for a broken taillight.

Japan is set to earmark 40 trillion to 43 trillion yen ($295 billion-$318 billion) for defence spending over five years starting in the next fiscal year, which begins in April, three sources with knowledge of the matter told Reuters on Friday.