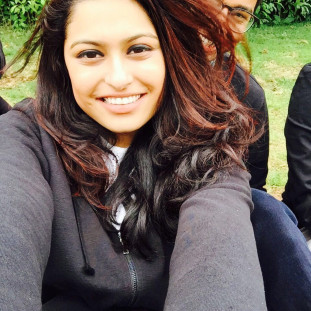 Scientists believe the earthquakes might trigger a new eruption due to which residents in the area were warned to stay away from the region.

The doodle named “Back to the Moon” was made by Google Spotlight Stories, the company’s VR storytelling branch, Google Arts and Culture and Cinémathèque Française.

Kroger Ground Beef Recall In Indiana: Over 35,000 Pounds Could Be Contaminated

The United States Department of Agriculture’s Food Safety and Inspection Services released a statement about the case and said the problem was first discovered after they received a complaint from a customer.

Daniel Mooney was accused and wanted by police officials for the double murder of a Pensylvania couple on Tuesday.

Authorities are investigating a possible explosion in North Haven, Connecticut. Seven civilians and six police officers were reported injured in the incident.

While the new pet policy by United Airlines banned a number of breeds of dogs and cats, the list left out on service and emotional support animals.

In the lawsuit filed by Pollack, 10 of the 26 pages are about Peterson, who was the armed school resource officer when the incident happened.

The Chinese passenger identified as Chen said he was unaware the handle was attached to the emergency exit door of his row.

The helicopter that crashed was identified as a Robinson R22 which belonged to the Hillsboro Aero Academy.

Who Is Stephen Houk? RV Chase In California For Registered Sex Offender

Stephen Houk is a registered sex offender from Oregon who is currently out on parole, Los Angeles County Sheriff's Department confirmed.

He asked his followers to retweet the picture as many times as they can so that President Donald Trump notices it.

According to the Nebraska State Patrol, the crash affected both the eastbound and the westbound lanes and caused them to close the highway between Aurora and Henderson, Nebraska, for more than two hours.​

The search for the missing people reportedly concluded on Monday afternoon by the authorities.

Another US Diplomat Hits Bikers In Pakistan, Arrested

The condition of the motorcyclists involved in the accident is reported to be stable at the moment.

From her opening line to her closing kicker, Michelle Wolf’s performance at the White House Correspondents Association dinner was a night to remember.

The history of the day goes back to World War II (1939-1945) when there was a serious shortage of skillful administrative personnel in the U.S.

Kiley Lane was being treated in the University of New Mexico Hospital since February.

3-Year-Old Run Over By Lawnmower While Riding It With Father, Dies

A 3-year-old boy from Washington fell off the lawnmower while riding it along with his father and died at the scene.

The South Carolina woman was returning from Honolulu with her husband, who was stationed as an active duty military personnel in Hawaii at the time.

Though Melania Trump has been in the political public eye only for a few years, she has made quite an impression be it her fashion sense, or her national campaign to end cyberbullying.

US Troops' Ambush In Niger Was Due To Multiple Errors, Pentagon Says

The driver of the school bus was also reportedly killed as the Thawe-Kapatanganj passenger train (55075) collided with the van at an unmanned railway crossing in the northern state of Uttar Pradesh.

Ella Fitzgerald Quotes: Remembering The Queen Of Jazz On Her 101 Birthday

Ella Fitzgerald was born in 1917 in Newport News, Virginia, to William Fitzgerald and Temperance (Tempie) Fitzgerald.

The verdict against Asumal Sirumalani, also known as Asaram Bapu, was read out inside a prison in the city of Jodhpur in the northern state of Rajasthan, where Asaram has been lodged for the past four years.

Dolores Antelo’s picture where she looks like President Trump has been re-tweeted more than 5,000 times.

John D. Bates first joined the court in 2001 after being nominated by former president George W. Bush and assumed senior status on Oct. 12, 2014.

Armando Juarez: Everything You Should Know About Dallas Home Depot Shooting Suspect

Reports state that 29-year-old Armando Juarez shot three people as the officials attempted to serve a warrant outside of a Home Depot store in Dallas, Texas.

DR Congo To Hold Next Presidential Polls In December 2023

DR Congo to hold next presidential polls in December 2023

England suffered a sobering reality check as they were outplayed for long periods by a youthful United States side in a tense 0-0 draw in their second World Cup Group B game on Friday.

In Washington, Macron To Seek Relief For Europe Inc Amid China Competition

Mariah Carey Dishes On Christmas At Her Household

Mariah Carey opened up about all things Christmas in her interview with W magazine, including why she loves the holiday.

Kate Middleton highlighted the need to "nurture our children" in the first five years of their lives in her new op-ed.

Gwen Stefani Is 'Thankful' For Husband Blake Shelton On Thanksgiving