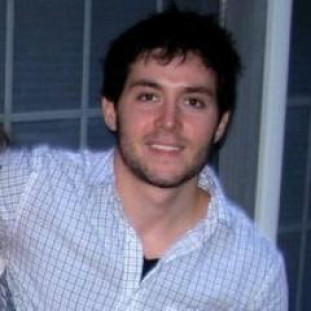 Yannick LeJacq is a technology reporter for the International Business Times. His work has also appeared in Bit Creature, Salon, The Atlantic, and the Wall Street Journal.

Valve is preparing to send early prototypes of its new Steam Box hardware to users in three to four months, according to comments from the company's co-founder Gabe Newell given to the BBC.

Sales of Sony's PS Vita console have increased four-fold in Japan following a drop in its starting price in late February.

Woman Kicked Out Of Gym For Using Cellphone

Japanese carrier Willcom has introduced what it is calling the world's "smallest and lightest phone."

PS4 And Xbox 720 Release Dates Coming, But Only 29% Of ‘Core Gamers’ Plan To Buy A Next Generation Console

A market survey suggests game console developers will have an even harder time selling their next-generation hardware than originally thought.

'Tomb Raider' Review Roundup: Did Square Enix's 2013 Reboot Live Up To The Hype?

A highly anticipated reboot of one of the most storied video game franchises in history is finally here. But is 2013's "Tomb Raider" worthy of Lara Croft's legacy?

Andrew Mason has been removed from his position as CEO of Groupon.

Sony has sold its Tokyo-based Sony City Osaki building in an effort to cut costs and reconfigure its assets.

Will Starbucks' New Deal With The New York Times Actually Help The Paper?

The New York Times has struck a new deal with Starbucks to offer coffee drinkers limited access to the paper's stories.

Samsung is launching a new mobile wallet application for its Android smartphone and sticking closer to Apple's playbook.

Google may be adding a new feature to its Chrome web browser to help users identify deal with the problem of so-called "noisy tabs."

Apple has proposed a settlement to a 2011 case alleging that it inform its customers of the financial risks involved in unregulated in-app purchases.

Amazon has signed a new deal with FX, gaining exclusive rights to host its show "Justified" on the Prime Instant Video service.

Zynga announced Monday that it is closing down and "consolidating" its offices in New York and Texas to cut costs.

A few lines of code nestled away in Google's most recent update for its YouTube Android application have revealed more about the company's rumored pay-to-view services than it is currently admitting.

Facebook has partnered with a number of mobile carriers to cut costs for its mobile messaging service.

A bill permitting online gambling in Nevada was signed into law this week, giving hope to companies seeking to break into the business.

UGO, GameSpy And 1Up Shut Down By Ziff Davis Just Weeks After Purchasing IGN

Ziff Davis is gutting IGN Media following its acquisition from News Corp, according to a leaked memo from CEO Vivek Shah.

Pinterest has completed a $200 million round of fundraising led by Valiant Capital Management after expanding the reach and user base of its social network last year.

Twitter introduced its new advertising API on Wednesday to allow businesses to create more types of native advertising than they were previously able to on the social network.

Turtle Beach CEO Juergen Stark On The Future Of Gaming

We spoke with Juergen Stark, the new CEO of Turtle Beach, about how he plans to carry his company through the next generation of video game technology.

Sony is expected to announce its next-generation video game console tonight at a press conference in New York, but analysts are already doubtful of the new PlayStation's commercial prospects.

Sony has dropped the price of its handheld PS Vita console in Japan just before a highly anticipated announcement about its next generation console hardware.

Tegra 4i: Nvidia Dives Ever Deeper Into Mobile With Smartphone Chip To Rival Qualcomm

Nvidia unveiled a new smartphone chip, the Tegra 4i, on Tuesday, promising more than twice the efficiency of its rival Qualcomm's latest chip at half the size.

Microsoft has threatened potential pirates with "consoles bans" if they partake in a leak of its upcoming video game, "Gears of War: Judgement."

An administrative court in Northern Germany granted Facebook a “suspensive effect” against an order leveled against the social network to change its real name policy.

One of the co-founders of the Xbox console slammed his former employer in a blog post this week, saying that the major console developers have all but doomed themselves to failure in the next hardware generation.

Mario Draghi's outgoing government and Intel have picked the town of Vigasio in the northeastern Veneto region as their preferred site for a new multibillion-euro chip factory in Italy, two people familiar with the matter said.

Keeping business and personal affairs separate is smart if you want to steer clear of the IRS.

If Ebrahim Raisi was openly embraced by the U.N., it would constitute whitewashing of serious violations of international law.