Mark Vincent Hurd is the chairman, chief executive officer, and president of Hewlett-Packard, the largest information technology company in the world. Hurd succeeded CFO Robert Wayman, who served as interim CEO from February 10, 2005 to March 28, 2005 after former CEO Carly Fiorina stepped down. On September 22, 2006, Hurd succeeded Patricia C. Dunn as chairman after she resigned as a result of the pretexting controversy.

By one measure, CEO pay fell 15 percent. By another measure, it rose 4.5 percent. But, by any measure, it was a lot, as exemplified by Philippe P. Dauman’s $54.1 million.

Even With Earnings Decline, CEOs Got A Raise

Larry Ellison was unpopular with Oracle shareholders before he stepped down last week as its CEO.

Shares were off more than 5 percent early Friday after Larry Ellison said he would step down as CEO.

Ellison’s move to the lab comes at a crucial time for Oracle.

Oracle To Partner With Microsoft, Others On Cloud-Based Projects

Microsoft and other software companies are set to join hands with Oracle on cloud-computing projects.

In Search Of Excellence: Hewlett-Packard Adrift

Hewlett-Packard has been been plagued for years with intrigue and firings more akin to the old “Dallas” TV show, than Silicon Valley.

HP (NYSE: HPQ) CEO Meg Whitman has had a year to devise a turnaround strategy. Here are five things she must deliver.

Shares of Hewlett-Packard Co. (NYSE: HPQ), the No. 1 computer maker, fell as much as 5.6 percent Wednesday, ahead of its expected announcement of second-quarter results.

Shares of Hewlett-Packard Co. (NYSE: HPQ), the No. 1 computer maker, were largely unaffected by a report it would fire as many as 25,000 employees as part of cost-cutting measures.

An Oracle Corp attorney ruled out a settlement with Hewlett-Packard Co in a bitter lawsuit over the Itanium microprocessor, a day after the judge refused to resolve the case for either side before trial.

Now that the first anniversary of Osama Bin Laden?s death shed renewed light on the ?needle in the haystack? side of data analysis that helped catch him, investors might wonder how to take advantage of it.

Hewlett Packard Co will merge its printer and PC businesses, combining two of its largest divisions as Chief Executive Meg Whitman tries to jumpstart growth at the technology company. 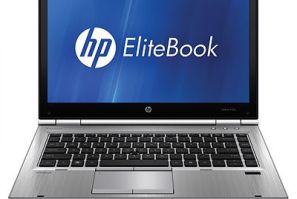 Hewlett-Packard (NYSE: HPQ), the No. 1 computer company, said it will merge its PC with its printers unit, amid other internal changes ordered by new CEO Meg Whitman. 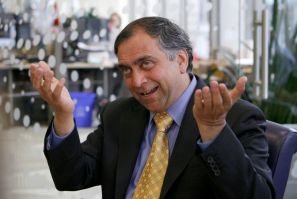