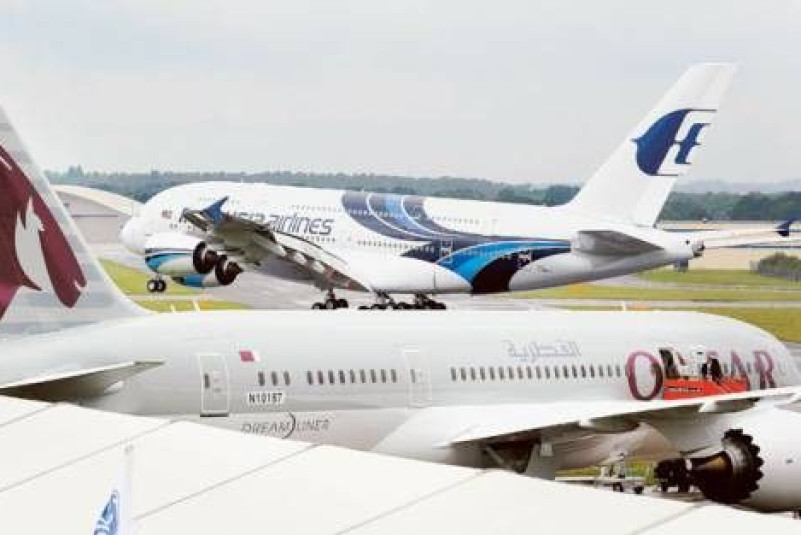 Lufthansa To Lay Off 3,500 In Restructuring

Deutsche Lufthansa AG (FRA: LHA) announced Thursday it will lay off 3,500 administrative employees over the next couple of years as part of its plan to save $2 billion by 2014. The news comes a day after the airline announced a first quarter operating loss of ?381 million ($499 million), compared to a loss of ?169 million a year earlier.

An ATR-72 twin-engine turboprop carrying 43 people crashed during an attempted emergency landing in a snow-covered field near Tyumen, in western Siberia.

Global Airlines May be Wary of Investing in India's Carriers

New Delhi's expected move to allow global airlines to own as much as 49 percent in Indian carriers has been welcomed by investors as a potential lifeline for an industry mired in $20 billion of debt and on course to rack up $3 billion in annual losses. But aviation-industry experts say any celebration is premature.

A U.S. appeals court ruled on Friday that a hotly disputed change in federal labor law making it easier for unions to organize is lawful.

Though there are less people traveling over the 2011 Thanksgiving holiday period, they will experience more crowded planes and higher fares.

The airline industry is handing out barf bags to passengers and lawmakers as part of a major advertising campaign against Obama’s proposed airline tax hikes.

Southwest in talks for biofuel use while it celebrates its 40th Birthday by giving back across the nation.

The number of international air passengers from mainland China will rise by an average of 10.8 percent per year through to 2014, making it the world's fastest-growing market, industry association IATA forecast.

The global airline industry will also likely see 800-million more travelers by 2014, and more than a quarter of them will come from China.

Wall Street was set for a mixed open on Monday, with investors seen pausing for breath after indexes posted a second straight week of gains on Friday, with Chinese trade data and inflation talk seen supporting the market.

The Center for Professional Development at Stanford University has signed an agreement with the International Air Transport Association (IATA) to offer a unique distance learning program combining aviation training and management fundamentals.

The International Air Transport Association (IATA) estimated that airlines will earn net profit of $15.1-billion this year – a 70 percent jump from its previous forecast made only three months ago when it forecast profits of $8.9-billion. But the group warned that net profit margins in the airline industry are pathetic

As frustrated as travelers may be with crowded planes and delayed flights, these are the realities of the leaner U.S. airline industry as it claws its way back to profitability after a brutal years-long slump.
About Air Transport Association

The Air Transport Association (ATA) is America’s oldest and largest airline trade association. ATA’s 18 member airlines and their affiliates transport more than 90 percent of U.S. airline passenger and cargo traffic. U.S. airlines founded the association in 1936 and it is based in Washington, D.C.