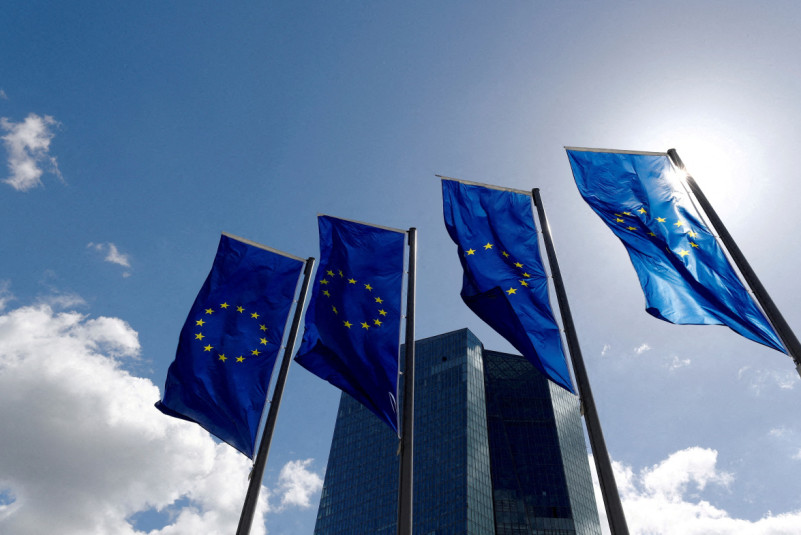 ECB Gets Ready For A Pivot On Policy Rates — What Will The Bank Of England Do?

The ECB will publish its latest assessments on the eurozone's growth prospects through to 2022, which will be closely scrutinized for signs of whether the worst of the pandemic's devastating economic impact is over.

End Of Coal? More Banks Plan To Phase Out Financing Of Coal-Related Businesses

The project is expected to cost several billion euros.

However, Saudi Arabia and Russia have not agreed on a timeline for cuts

US Stocks Rise After Volatile Session As Oil Prices Bounce

US stocks rise after volatile session as oil prices bounce

Oil Plunges Most Since Gulf War On Saudi-Russia Standoff, Virus

Oil plunges most since Gulf War on Saudi-Russia standoff, virus

Coronavirus Update, March 09: Here's What You Need To Know Today

COVID-19 has so far infected more than 110,000 people worldwide and killed more than 3,800, and it's now threatening to create pandemonium across the world economy.

The Indian Wells Masters has been called off. Players and part of the community react to the news.

Novak Djokovic and Rafael Nadal have been productive in these past few weeks, winning the respective tournaments they joined.

The world may need a new social and political will to refocus ourselves into a clean, sustainable economy.

The attack has called into question the security of global oil stockpiles and in particular those held by Saudi Arabia, the world's biggest exporter of black gold

Higher Open Expected For US markets: Oil Price Up

Higher Open Expected For US Markets: Oil Up

Higher open likely for U.S markets Monday as the stock index futures jumped on Monday morning after the Trump administration decided not to push tariffs on Mexican imports after a deal.

Moderate Open Likely For US Markets: Oil Up

Moderate open likely for the U.S markets Tuesday after the U.S. stock index futures moved up marginally on Tuesday morning

Levi Strauss has filed for initial public offering of shares of its common stock with the SEC on Wednesday.

The blockchain-enabled letter of credit transaction facilitated shipment between Reliance and the US-based Tricon Energy. ING Bank issued the LC and HSBC India was negotiating bank for Reliance Industries.

Novak Djokovic is just 215 points behind world number one Rafael Nadal in the ATP men's singles ranking with 2500 points up for grabs until the end of the season.

Novak Djokovic won his 13th Grand Slam title at Wimbledon in July before following it up with the US Open in September.
About BNP Paribas

<p>BNP Paribas (Euronext: BNP, TYO: 8665) is one of the largest global banking groups in the world, headquartered in Paris with its second global headquarters in London. It was created through the merger of Banque Nationale de Paris (BNP) and Paribas. In 2008 it was ranked as the 13th largest company in the world by Forbes and the largest in France. In April 2009, BNP Paribas purchased a 75 percent stake in Fortis Bank, the Belgian banking business making BNP the eurozone's largest bank by deposits held.</p> <p>BNP Paribas escaped the 2007-09 credit crisis relatively unscathed reporting a €3.1bn net profit for the first half of 2009 boosted by profits from fixed income trading in its CIB (Corporate and Investment Banking) division. BNP Paribas has one of the highest credit ratings in its peer group with the long term debt of the group currently ranked AA by S&P, Aa1 by Moody's and AA by Fitch.</p>