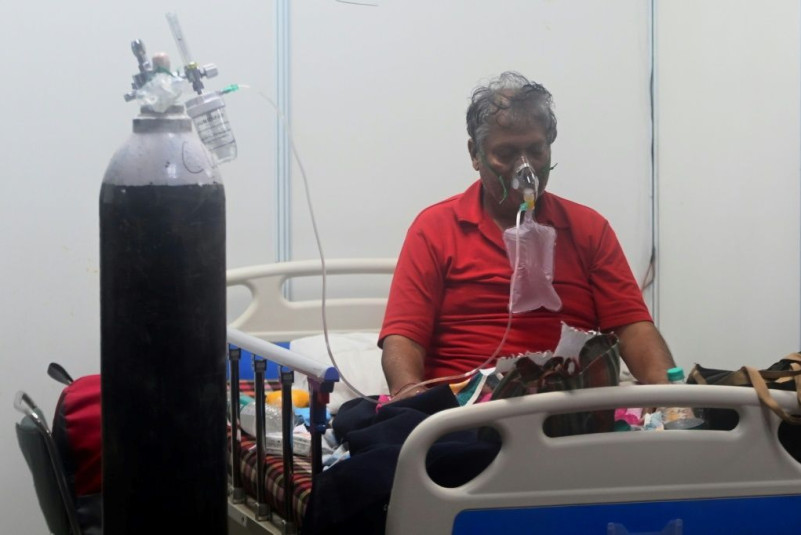 The Biden administration’s announcement backing waiving patents on COVID-19 vaccines would pave the way for cheaper versions of jabs to enter the market and also spur the production.

Internationally, airlines have lost more than $84 billion this year as a result of the drop in air travel sparked by the coronavirus pandemic.

WTO OKs $4B In EU Tariffs In Boeing Subsidies Dispute

The ruling stems from a dispute filed in 2004 over Washington state tax breaks granted to the airplane-maker.

US May Hit $3.1 Billion Of European Imports With New Tariffs As Trade War Escalates

Price of beer and gin imports would double, and olives and trucks would cost more, too.

China Is Becoming A Threat And Should Follow Global Rules, NATO Ambassador Says

The United States sees China as a developed threat and it is time for the Asian power to respect the global rules.

Lower Open Expected For US Markets: Oil Price Down

Lower open likely for U.S. markets Tuesday after the U.S. stock index futures looked abysmally lower on Tuesday morning following the clamping of mutual tariffs by the U.S and China.

The Trump administration rejects the "straitjacket of obligations" imposed by the WTO as the US negotiates an end to its trade war with China. Is Trump destroying the international body?

A report by the World Trade Organization said that Ripple, the remittance network, "has ambitions to circumvent the correspondent banking model through its distributed ledger platform."

Trump Doesn't Fear Impeachment Because He Is Doing A 'Great Job'

Many Republicans, including Trump’s own advisors, consider the November midterm as a decisive election which could lead to the impeachment of the president if Democrats manage to nab a majority.

US Calls For 256% Tariff On Chinese Steel Imports

Rising imports have hurt productivity at U.S. steel mills, forcing them to operate at about two-thirds of their capacity.

The WTO figures are based on economic growth estimates from organizations including the IMF.

WTO Talks On Duty-Free Trade In IT Goods Collapse

The failure to update the IT agreement can delay and potentially scupper a deal estimated to be worth $1 trillion to global trade.

A trade official involved with the trade talks said a deal would be very unlikely because of a stand-off between South Korea and China.

The ruling was one of the most complicated appeals decisions ever handled by the 19-year-old trade watchdog.

India has formed a ministerial panel to identify bottlenecks faced by US investors in doing business in India.

Negotiations over the Trade Facilitation Agreement had hit a dead end in July after disagreements emerged between India and the U.S.

US Wants To Step Up Trade Dialogue With India, Says Representative A Day Ahead Of Talks

In recent days, the two countries have taken significant steps to mend relations with each other.

India and the U.S. were locked in an impasse for months, jeopardizing a pact that could potentially boost global trade by $1 trillion.

Late last month, India torpedoed a deal to simplify, standardize and streamline the rules for shipping goods across borders.

The WTO's landmark Trade Facilitation Agreement fell through as India demanded a parallel pact for subsidies and stockpiling food.

Rejecting American claims, the WTO asked the country to “bring its measures in conformity with its obligations."

The WTO ruled that Chinese exports of environmentally damaging rare earth elements shouldn’t be artificially manipulated by the government.

China, fearful of its trouble with the WTO, is cleaning up its act in rare earth extraction.

The World Toilet Carnival Is The Highlight Of This Week's World Toilet Festival, Promoting Sanitation For The 2.5 Billion People Without Facilities

Some 2.5 billion people around the world do not have access to a toilet. The World Toilet Summit is trying to change that.

Roberto Azevedo To Become Next Head Of The World Trade Organization, Will Replace France’s Pascal Lamy

Brazil's candidate for director-general of the World Trade Organization has been chosen for the position, replacing Pascal Lamy.

Meet The Five Candidates To Head The WTO

The World Trade Organization is down to 5 candidates to replace term-ending Director-General Pascal Lamy.

Antigua may be the first nation to have a government-run torrent site, effectively legalizing piracy, with World Trade Organization approval.
About Wto