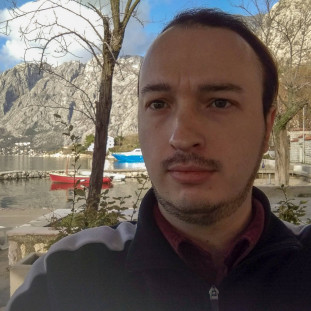 The worst-hit group is Hispanic men, with 22% reporting having lost their jobs. Black workers are also losing their jobs at higher rates than white workers

Ocasio-Cortez On Biden Sexual Assault Allegations: 'This Is A Messy Moment'

McConnell will be calling the Senate back next week in order to approve several federal court appointments.

Bloomberg Spent More Than $1 Billion On Failed Campaign For President

Republicans on the Hill say a deal has yet to be reached, though.

Trump's grudge against Romney won't be going away anytime soon

Can Trump Actually Withhold WHO Funding? Echoes Of Ukraine Scandal

Sanders: It Would Be 'Irresponsible' To Not Back Biden

Sanders said that Trump will be reelected if his supporters don't get behind Biden.

Warren said Biden has lead "with integrity, competence and heart"

The Treasury Department claims there will be no delay to paper checks being sent out.

Conspiracy theories about COVID-19 pandemic being lab-made are growing in popularity.

Trump has accused the WHO of downplaying the seriousness of the coronavirus in the early days of the pandemic.

Surgeon General: Country Won't Be Ready To Open On May 1

Despite a push from Trump to open the country in May, that may be too soon

Even as Biden becomes the apparent candidate, Democrats are looking elsewhere.

Conspiracy theorist Alex Jones filed for bankruptcy on Friday, after he and the parent of his Infowars website were ordered to pay about $1.5 billion for spreading lies about the 2012 Sandy Hook mass shooting.