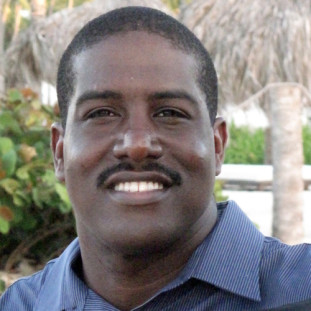 US Manufacturing PMI Rises To 55.4 In July As New Orders And Production Grew Along With Employment

The use of marijuana is already legal in Uruguay but this bill would let citizens grow and sell the drug under certain restrictions.

Ineos Bio says it's the first company to produce ethanol from waste on a commercial scale -- and it's ready to bring it to market.

The gold industry leader is expected to report earnings losses following major delays and high costs in a Chilean mine.

If the IPO is successful, it may signal that investors are confident the U.S. housing market's recovery will continue.

Spain's Economy Still Slowing, Though At Lowest Rate Since Start Of Recession, GDP Contracts By Just 0.1% In Q2; Recession May Be Ending

US Consumer Confidence Falls In July To 80.3%, Lower Than Expected

Consumer confidence fell slightly in July due to weak economic and job expectations, according to the Conference Board's latest survey.

Europe's Economic Sentiment Positive For Third Straight Month, Up 1.2 Points Within Euro Zone And Up 2.4 Points Across EU States

Europe's rising economic sentiment, which has been trending higher since May, extended its increase in July.

A judge rejected the U.S. government's effort not to depose the Fed chair, saying he was a "central figure" in the AIG bailout decision.

The opening of a big facility in Arizona and another in Japan, near Tokyo, will also boost Simon's second-quarter bottom line.

Americans felt better about the current economic climate during July, but they expect lower GDP growth up ahead.

The "Call of Duty" maker aims to be an independent video game publisher. Vivendi will retain a 12 percent stake.

Apple Inc. (AAPL) Is Its Own Best Customer, Buying Back 36 million Of Its Own Shares Last Quarter At $444, On Average, For $16 Billion Total

The tech giant snatched up 36 million of its own shares during the quarter, even though it was scheduled to repurchase 10 million.

The agency said that it is now seeking input from the public, health experts and the tobacco industry before it shapes any policy.

Analysts expect earnings growth, due to Boeing's strong deliveries, return of the 787 to full service, and cost reductions.

Existing-Home Sales In US Drop To 5.08 Million In June, Below Expectations But Well Above Year-Ago Levels

However, the National Association of Realtors says, despite June's results, home prices continue to advance at double-digit rates.

Pharmaceutical giant admits that high-level employees in China "appear to have acted outside of our processes and controls."

SEC Says Steven A. Cohen Failed To Supervise His Portfolio Managers And Will Attempt To Bar Billionaire From Overseeing Investor Funds

Cohen "received highly suspicious information that should have caused any reasonable hedge fund manager to investigate," the SEC said.

It Will Cost You Just Shy Of $1,000 For The Best Seat In The House At Next Year's World Cup Final

FIFA says about 3 million tickets will be available for domestic and international fans during three sales phases that start Aug. 20.

A judge's decision comes after thousands protested in Moscow's streets and just ahead of a meeting of G-20 finance ministers.

Chicago's $36B retirement-fund deficit and its $7.7B in general-obligation bonds forced a cut to an A3 rating/negative outlook.

Weekly First-Time Claims For Unemployment Benefits Dropped Last Week to 334,000, Much Lower Than What Analysts Expected

However, the Labor Department cautions that July's jobless data can be volatile, due to seasonal auto retooling and school shutdowns.

Despite an overall slowdown, travel to emerging markets is contributing the most to the air travel growth rate.

More Than 591 Million People In China, 44% Of Population, Now Online, Majority Via Mobile

Malaysia on Friday unveiled a smaller budget for 2023 and warned of an economic slowdown but, with a possible national election in the offing, also announced cash aid and tax cuts.

More than 13 years after an Air France jet plunged into the Atlantic, killing all 228 people on board, the French carrier and planemaker Airbus go on trial in a Paris court next week with relatives seeking "light at the end of a long tunnel".

North Korean leader Kim Jong Un sent a birthday greeting to Russian President Vladimir Putin this week, congratulating him for "crushing the challenges and threats of the United States", the latest sign of deepening ties between the two pariah states.

Explainer-Caps And Corridors: How Can Europe Contain Gas Prices?