Black Friday, the beginning of the Christmas shopping season has almost arrived in the U.S. where the retailers will offer products at a very cheap and discounted rate to kick off the the shopping season and hope to go into the Black (profitable) for the year.

Black Friday is quickly approaching with just three weeks left, as customers eagerly await sale announcements from their favorite stores. Luckily for some, certain ads have already leaked to the public, allowing customers to map out exactly what they want and exactly where they need to go to get it.

Black Friday may not be until Nov. 25, but Amazon, Walmart and computer store Newegg promise a Black November with deals and pre-order discounts throughout the month. View our list of the best deals so far, and remember that most items (like those that change every 6-8 hours on Amazon.com) will sell out fast!

Black Friday will be starting earlier this year. Both Macy's and Target have announced that their doors will open at midnight after Thanksgiving. When the clock strikes 12:00 a.m. on Friday Nov. 25, the Black Friday midnight madness will begin.

Catching a flight home this Thanksgiving? Here are four simple tips to getting the best deal on airfare.

Wondering why everyone on Twitter and Facebook are feeling blue today? Well, it is the third Monday of the year or the first month of January, which makes January 17, 2011 the 'blue monday', supposedly the most depressing day of the year.

Consumer confidence in the U.S. improved to its best level in six months during December but the state of consumers' finances still remains grim, the Thomson Reuters/University of Michigan Survey said on Thursday.

Cyber Monday sales were up, with mobile shoppers making a significant showing for the first time.

Online retail sales soared 19.4 percent through the afternoon of Cyber Monday from the prior year, according to data from Coremetrics, a division of IBM (NYSE: IBM).

The National Retail Federation (NRF) said that 212 million U.S. shoppers visited stores and websites over the Black Friday weekend, up from 195 million last year. Moreover, the average shopper spent $365.34 this weekend, up from last year’s $343.31 figure.

Despite the big build-up, retail sales on Black Friday were rather tepid. According to data from ShopperTrak, sales edged up a mere 0.3 percent from the same day last year.

Chinese to shop more than Americans on Cyber Monday

More consumers in China will shop online on Cyber Monday than in the U.S., UK, Germany and Japan, according to a survey by eCoupons.com/Ipsos.

Over 106 million Americans plan to shop on Cyber Monday, the ceremonial kickoff to the online holiday shopping season, up significantly from the estimated 96.5 million who shopped last year, a survey showed.

The U.S. online retail sector delivered double digit growth on Black Friday 2010 compared with the year-ago levels, according to a report from IBM. The findings showed that online sales rose 15.9 percent, with consumers pushing the average order value up 12.1 percent to $190.80.

The holiday season means some of the busiest days for companies such as Fedex and UPS.

Study: Cyber Monday Takes Some Out Of The Line

Some studies indicate that Cyber Monday and other web promotions have taken customers out of line on Black Friday.

Black Friday is now part of the culture

Beginning well before midnight on Thursday, in malls throughout the nation, the lifeblood of the American economy – the consumers – will start queuing up outside the locked entrances of various retail stores, forming longer and longer lines, clutching ads and lists and coupons, sipping coffee and hot chocolate, rubbing their hands and stomping their feet for warmth, exciting each other with anticipatory chatter, and waiting, waiting for the clock to strike the appointed hour, the clerk to open ... 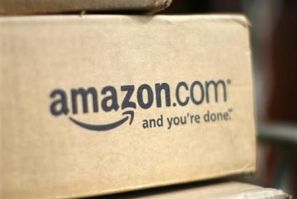 Commonly known as Black Friday, the day after Thanksgiving in the U.S. is considered one of the biggest retail days of the year. Most shops in the country start as early as 5 AM and stay open till late, offering massive discounts. Gadgets still top the list among the most sought after category of goods.

As “Black Friday” approaches next week, U. S. retailers are expecting a strong holiday season – at least, compared to the dismal performance of the past two years.

More than 400 Fashion Bug stores will be open Nov. 25, 2010 on Thanksgiving Day between 8 am and 3 pm. Fashion Bug will open all of its stores at 6 am on Black Friday, November 26, 2010 for the first time ever with doorbuster deals and storewide sales on every item.

The day after Christmas was the second-biggest shopping day during the U.S. holiday season, with $7.9 billion spent, even though traffic in stores fell 6.6 percent from a year ago, ShopperTrak said on Wednesday.