Roundup Of Every Black Friday Sale Flyer So Far

A round up of 2013 Black Friday ads and flyers from Walmart, Target, Best Buy, Kohl's, JCPenney and more.

Many retailers will offer deals and discounts to entice shoppers before Black Friday and holiday shopping madness begins.

According to a report, the PS4's release date may have been pinned down.

Free Shipping Day 2012 will be celebrated on Monday, with deals, discounts and free shipping offered by many e-retailers and stores.

The best deals and discounts for online holiday shopping on Green Monday 2012.

Google's Gain Is Tops, With Holiday Cybershopping Up 17% So Far

Google (NASDAQ:GOOG), the No. 1 search engine, seems to be the winner in 2012 cybershopping gains, said Eric Best, Mercent CEO.

How Groundbreaking Were Cyber Monday’s Sales?

The migration of shopping to virtual storefronts was in full display on “Cyber Monday,” the biggest online shopping sale day of the year.

Why It's Beginning To Smell A Lot Like Christmas In Stores

Holiday decorations in a store might smell like pine or cloves to you, but for shop owners they have the distinct aroma of cash.

Violence on Black Friday 2012 was as widespread as ever, with videos of frenzied shoppers erupting into fights all over the Internet.

Was e-Commerce The Real Winner Of Black Friday?

Online sales jumped to a new high during Black Friday - casting doubt on the future of traditional "brick and mortar" retailers.

U.S. consumers used mobile platforms to generate a 17.4 percent boost in online sales, according to an IBM survey.

A man, whose name has not been announced, died after a struggle with Walmart staff, who allege he stole two DVD players.

While virtually scouring the web for deals on Cyber Monday 2012, shoppers should stay alert for hackers and scams while shopping online for bargains.

U.S. online retail spending on Black Friday surpassed the $1 billion milestone for the first time, according to researcher comScore Inc.

Black Friday was a good-news, bad-news kind of day for U.S. retailers, based on estimates released by researcher ShopperTrak.

Despite Black Friday protests, Wal-Mart says it sold 5,000 items a second on Thanksgiving evening, before the big day began.

Where To Shop Online This Black Friday

If you want to avoid crowds this Black Friday, check out these top online deals from stores such as Bloomindales, Neiman Marcus and more. 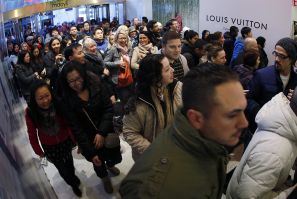 Black Friday holiday shopping kicked off weekend rush to the stores as shoppers made a beeline to the shelves with a hope of winning the best bargains. 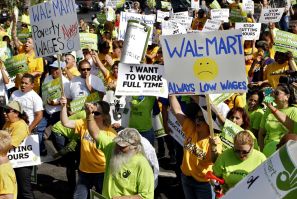 Wal-Mart says planned protests are union-backed; workers say they're acting on behalf of the company's employees. They're both right. 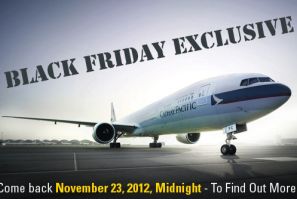 Black Friday and Cyber Monday are the best days of the year for travel deals. Here’s a look at some of the best sales of 2012.

Employees of the world's largest retail chain are planning Black Friday protests, but will consumers notice, or care? 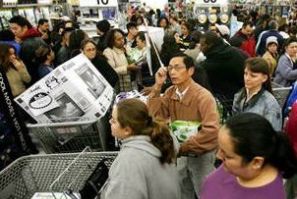 The Best Black Friday Deals For Electronics This Holiday Season

Black Friday 2012 is nearly upon us, and here is a compilation of some of the top deals from Best Buy, Walmart and more. 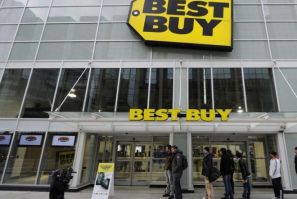 Best Buy Founder Will Meet With CEO This Week: Report

With U.S. holiday shopping set to take off, Best Buy's founder and the company's current CEO are reportedly meeting in Minnesota this week. 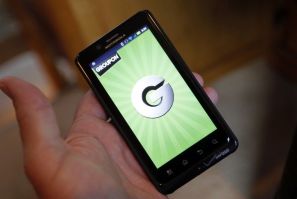