It came about 24 hours after another X-Class solar flare.

"It is a fact: we're in a space race": NASA's Bill Nelson

"We begin a new orbit around our Sun, 93 million miles (150 million kilometers) from Earth," NASA noted.

Another Spacewalk Postponed, This Time To Avoid Rocket Debris

The debris was "a fragment of Russian Fregat-SB upper stage debris," NASA said.

"It opens the door for what's going to be possible in terms of looking at these populations of newborn stars," study lead Megan Reiter says.

This Year's Marsquake Was 'Definitely The Biggest': Scientists

It was found to be five times larger than the second-largest marsquake.

'Crowning Achievement': Watch The Moment Orion Splashes Back Down To Earth

In a video NASA shared of its momentous return, one can see the Orion spacecraft carried by parachutes moments before splashing down into the Pacific Ocean.

LOOK: Artemis I 'Crew' Takes 'Selfie' With The Moon

Commander Moonikin Campos, Zohar and Helga had a bit of a fun exchange on Twitter.

The Artemis I mission is only the first in a much larger mission.

The photos show the Moon's many deep craters and meteor and asteroid impact marks.

The agency lost contact with the spacecraft for 47 minutes.

Artemis I: Orion Spacecraft Takes A Selfie On Its Way To Moon [Photo]

Orion used its mounted camera to take the "selfie."

"I'm telling you, we've never seen such a tail of flame," NASA Administrator Bill Nelson, who followed the launch with a group of astronauts, said. 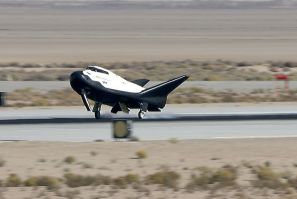 US Space Drone Launched In Secrecy Returns To Earth

Since X-37B first took flight in 2010, the agency has remained tight-lipped about its purpose. 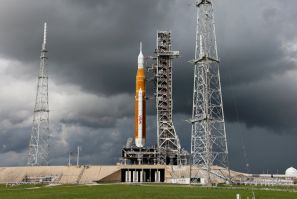 The Artemis I rocket launch has been delayed for the fifth time as Florida prepares for a Category 1 hurricane. 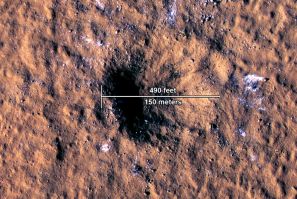 The crater is the largest ever observed since the MRO began its Mars orbit 16 years ago. 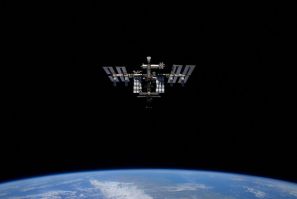 The ISS fired its thrusters for over five minutes to avoid hitting the debris of a defunct Russian satellite. 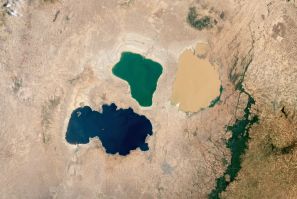 The distinct currently do not have any semblance of a shared origin in the real-colored picture. 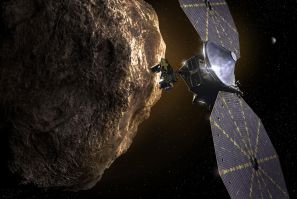 The Lucy spacecraft was spotted in the sky during its "very close" pass.