Tiger Woods's return to golf, following his back injury, might not come until after the 2014 U.S. Open.

The American withstood a challenge from Jordan Spieth for his second title in Masters in three years.

The 2014 Masters gets underway on Thursday morning.

Tiger Woods injury and surgery has once again opened the door for Rory McIlroy.

Woods To Miss Masters After Back Surgery

The American golf legend has a pinched nerve that has troubled him for months.

Tiger Woods is dealing with a back injury just three weeks before the 2014 Masters.

Either Tiger Woods or Rory McIlroy are expected to capture a Masters championship next month at Augusta.

The American retired on the 13th hole at PGA National in Palm Beach Gardens in Florida.

The twins are the first children for Yvette Prieto, while Michael Jordan has three children with ex-wife, Juanita Vanoy.

The 38-year-old last claimed a major in 2008’s U.S. Open, and since then he’s gone through an extra marital affair scandal that cost him most of his endorsements and severe title drought. But according to reports the 38-year-old’s career earnings have reached $1.3 billion.

Devastated Vonn Out Of Sochi Games With Injury

Olympic downhill champion Lindsey Vonn, one of the biggest attractions in winter sport, will miss next month's Sochi Games because she requires surgery on her injured knee.

Increasing attention over Russia's anti-gay laws raise questions over the influence politics has over sports.

Golf: The Unloved Sport In China

Golf cannot seem to take off in China despite concentrated promotion.

Tiger Woods: Improving McIlroy Will Win By End Of Year

The American legend had high praise for Rory McIlroy, who has struggled to go deep in major tournaments in recent months.

Kimberly Webster, the 23-year-old woman known as the "Presidents Cup Streaker," claims that she wanted to bring some excitement to an otherwise dull Dublin, Ohio crowd.

U.S. Lead Internationals By A Point At Cup

The U.S. had a strong Day One at Muirfield Village Golf Club.

The Swedish star won by three shots to win a $10 million bonus. 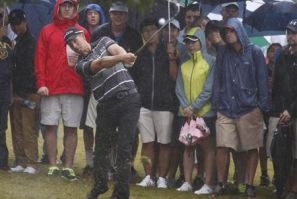 The Swede has a solid lead after three rounds in Atlanta. 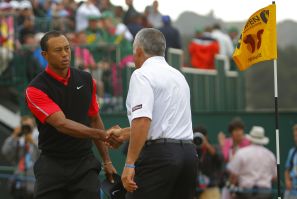 Tiger Woods is the favorite to win the 2013 Tour Championship and take home the FedEX Cup. 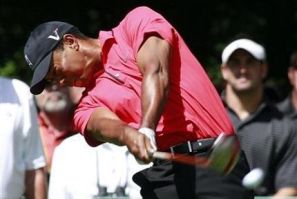 Tiger Targets Sixth Win To Lock Up Player Of Year

The Tour Championship at East Lake Golf Club offers Woods another chance to claim a resurgence in 2013. 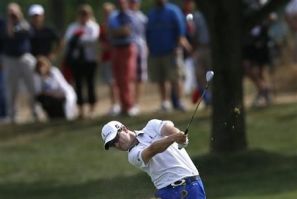 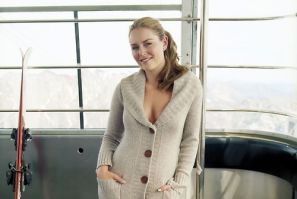 Lindsey Vonn may have given boyfriend Tiger Woods a taste of his own medicine, allegedly cheating on him with an older man. 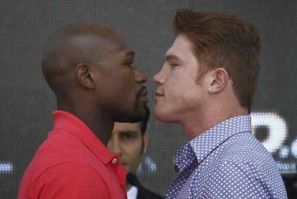 In his fight against Canelo Alvarez, Floyd Mayweather will set a record with his guaranteed earnings.