Most players would be thrilled to be atop the money list and the Fed Ex Cup standings, but Tiger Woods has far more lofty goals to fulfill beginning Thursday in the first round of the PGA Championship.

Tiger Woods, Phil Mickelson and Rory McIlroy are among the favorites to win the 2013 PGA Championship.

The top-ranked golfer enjoyed one of his most dominating efforts in years.

The 37-year-old American shot an incredible nine-under 61 on Friday afternoon at the WGC Bridgestone.

Tiger Woods and former caddie Steve Williams appeared to bury the hatchet during Sunday's 2013 British Open Championship and signal an end to their long-running feud.

Woods One Back Despite Uneven Short Game

Spain's Miguel Jimenez is the leader after two rounds, but Tiger is only one stroke back heading into the weekend at Muirfield.

Zach Johnson will take a narrow lead into the Open second round, but Tiger Woods is handily placed.

Woods Near Top Of Leaderboard After Round One

Lindsey Vonn Refuses To Marry Tiger Woods: Says 'No, Thanks!'

Lindsey Vonn and Tiger Woods will not be walking down the aisle, as she tells Vogue that she has no desire to get married

An elbow injury has kept Tiger Woods out of action for almost a month, but the American is still favored to win The Open next week.

Woods Out Of Action Until British Open Due To Elbow Strain

The American golf star has been suffering from minor discomfort.

The 32-year-old edged Phil Mickelson in the final round at Merion.

The entire field has struggled with Merion this weekend, except for Phil Mickelson.

The American is just ahead of Hunter Mahan, Charl Schwartzel, and Steve Stricker.

Weather has made for high scores across the board at the 113th U.S. Open.

The American is please with his play but not with the results at the 2013 U.S. Open 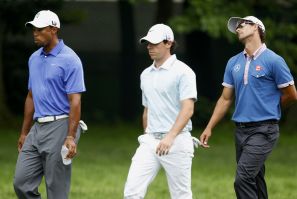 Woods Plays Through Injury At Merion

The U.S. Open continued Friday after rain and thunder storms cut the first round short. 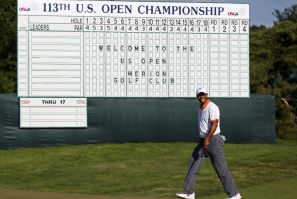 Heavy rains are expected throughout the day, and it is unclear when play will start again at Merion GC. 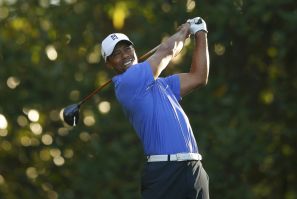 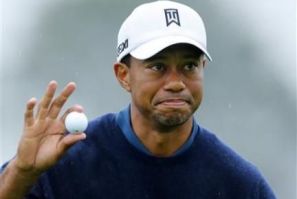 Tiger Woods earned $78 million over the past year, said the business magazine. 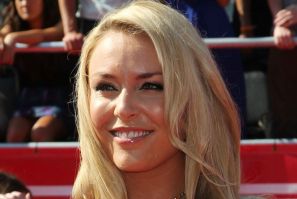 Tiger Woods reportedly kicked girlfriend Lindsey Vonn out of his $55 million mansion after she yelled at Woods' children for playing with her clothes and jewelry. 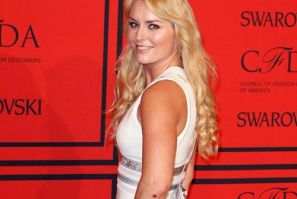 Lindsey Vonn Ordered To Take Drug Test While At CFDA