A rocket attack on a protest camp in Yemen's capital Sanaa Tuesday raised the death toll to at least 58 in some of the deadliest violence to hit the country in eight months of pro-democracy demonstrations.

Adults can embrace their inner child with T-shirts by Lotty Dotty featuring the image of a paper doll who comes with her own detachable Velcro clothing to mix and match, changing the doll's outfit to fit the wearer's own personal fashion.

Residents of besieged Gaddafi town given two days to go

Libyan transitional forces besieging a bastion of forces loyal to Muammar Gaddafi on Tuesday gave residents two days to leave before a threatened onslaught, and fears rose for the fate of civilians trapped in the last redoubts of the fallen strongman.

Libya's interim leader has made his first public speech in Tripoli, warning against reprisals after loyalists of the ousted Muammar Gaddafi struck out at the revolutionaries pursuing them.

Libya's interim leader has made his first public speech in Tripoli, warning against reprisals after Moammar Gadhafi loyalists struck out at the revolutionaries pursuing them.

Eid Mubarak! Photos of Eid Celebrations Around the World

During the holiday of Eid al-Fitr, Muslims around the globe celebrate the end of the month of Ramadan by feasting and giving gifts.

Muslims around the world are wishing each other an Eid Mubarak, or blessed festival. In cities across the globe, Muslim devotees gathered in and around mosques, giving thanks to Allah for helping them through the preceding month.

Gold's high price spurs private individuals to sell jewelry and other personal items made of the yellow metal.

A Pakistani court ordered the confiscation of exiled former president Pervez Musharraf's property and the freezing of his Pakistan bank accounts over accusations that he failed to provide security for assassinated former prime minister Benazir Bhutto, a lawyer said on Sunday.

Guinea and China in Talks Over Bauxite Mine, Alumina Refinery

Guinea is in advanced talks with state-owned China Power Investment to develop a bauxite mine and build an alumina refinery, deep water port and a power plant in the West African state, Guinean government sources said.

Guinea, China in talks over bauxite mine, refinery

Guinea is in advanced talks with state-owned China Power Investment to develop a bauxite mine and build an alumina refinery, deep water port and a power plant in the West African state, Guinean government sources said.

While many will probably refer to Circumstance in shorthand as the Iranian lesbian movie, part of what makes the film so powerful is its portrayal of modern-day Iran as a country so oppressive that you don't even have to be a lesbian to suffer there.

Rebels fought gun battles in Tripoli with loyalists of Muammar Gaddafi Wednesday as they hunted for his relatives and supporters, Reuters witnesses and an Arab television station said.

Donald Gears Up for Final Push And Unique Double

World number one Luke Donald is gearing up for a final 2011 push as the FedExCup playoffs begin Thursday at The Barclays with the Briton aiming to reign over both the U.S. and European tours.

A son of Muammar Gaddafi, previously reported captured, made a surprise appearance with jubilant supporters in Tripoli overnight, urging loyalists to fight off rebels who say they control most of the Libyan capital.

Car dealers in the United Arab Emirates are trying to get around strict new regulations created by the Gulf nation’s Central Bank that require car buyers to put 20 percent down on every purchase. 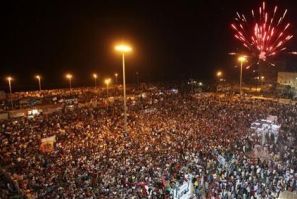 The price of gold early Monday came within $2 of a record high $1,900 per ounce before settling back to 1.2 percent gain over Friday's closing price as a host of global economic worries drove investors into the security of the world's oldest form of money. 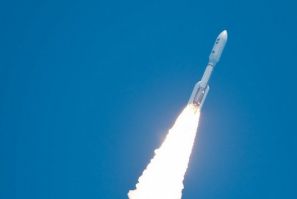 Gold prices rallied toward $1,900 an ounce on Monday as concerns over the global economic outlook fueled interest in the precious metal as a haven from risk and due to talk that weak U.S. growth could spark a further round of monetary easing. 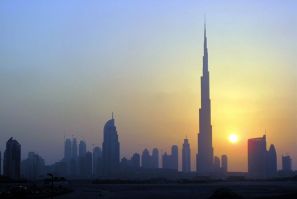 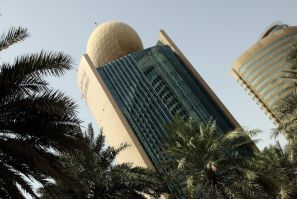 Dubai is monitoring social media sites for signs of attempts to organize protests or strikes, a police official said on Wednesday, citing the large foreign laborer population as a concern. 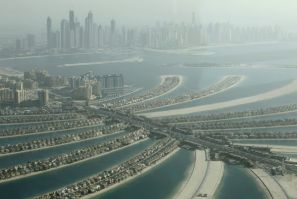