Yingluck Shinawatra was elected Thailand's first female prime minister on Friday in a parliamentary vote just 11 weeks into a political career crafted from exile by her brother and former premier, Thaksin Shinawatra.

With her stunning leap from the boardroom to head of government in less than three months, Yingluck Shinawatra has shaken up Thai politics with a revival of the populist legacy of her exiled brother and former premier Thaksin Shinawatra.

No aliens, no superheroes, just "Life in a Day"

It isn't among the most-hyped movies in theaters and won't win the battle of the weekend box office, but "Life in a Day" may just be the most unusual film playing in theaters this weekend.

No aliens, no superheroes, just "Life in a Day"

It isn't among the most-hyped movies in theaters and won't win the battle of the weekend box office, but "Life in a Day" may just be the most unusual film playing in theaters this weekend.

Global sovereign wealth funds are set to hasten investing the billions of dollars of cash holdings they have built up in a rebound from the 2008 financial crisis that has lifted their combined assets to a record.

What Would Thaksin’s Return Mean for Thailand?

An exiled prime minister's sister has taken the political seat in Thailand, perhaps ushering back her ousted sibling.

Thailand Gears Up For Contentious National Election This Sunday

New Elections Could Bring Ousted Politician Back to Thailand

Could Thaksin Shinawatra reclaim power in the country from which he was exiled?

Elizabeth Taylor collection to go up for auction

Elizabeth Taylor fans will soon get a chance to get close and personal with some of the famous jewels of the Hollywood icon.

An unnamed Palestinian prostitute accused of prostitution and identity theft was finally sentenced to one year in prison today in Dubai, according an article from The National.

Where are the World's Sunniest Destinations?

Have you ever wondered, 'Where are the sunniest spots in the world?' For those of us who just can't get enough rays, here's a look at Earth's most sun-drenched destinations.

Turkey is continuing to pressure its neighbor and ally Syria to implement more democratic reforms, suggesting growing impatience in Ankara over the intransigence of President Bashar al-Assad.

A quick bio of Rory McIlroy

Some are quickly making the young golfer from Northern Ireland into Tiger Woods' heir as king of the links. Rory McIlroy has a long way to go before he reaches that height, but his dossier up to this point is impressive. Here are the facts on McIlroy, the record-breaking 22-year-old golfer who has riveted the sports world's attention onto the U.S. Open this weekend.

The young golfer has the sports world mesmerized after his record-setting round yesterday at the U.S. Open in Bethesda, Md. Here are 13 facts about the right-handed player from Northern Ireland.

Lunar eclipse: Why was the moon red? [VIDEO]

The moon often changes colors during a solar eclipse, but witnesses saw a spectacular red across the moon during yesterday's eclipse. What's the reason?

Lunar Eclipse: Explaining Why the Moon was Red

The moon often changes colors during a solar eclipse, but witnesses saw a spectacular red across the moon during yesterday's eclipse. What's the reason?

Spectators across the world were treated with an event of their lifetime on June 15. In what, astronomer’s term as a spectacular show, the white moon turned blood red as the longest lunar eclipse in a decade as unfolded on Wednesday night. 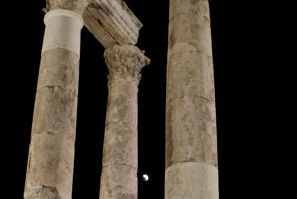 Lunar Eclipse 2011: Most Beautiful And Longest in 11 years (PHOTOS)

Spectators across the world were amazed to see the longest and the most beautiful lunar eclipse in 11 years and the first of the year and on June 15, 2011 when the moon turned into a blood-red shade as it entered the earth's shadow. 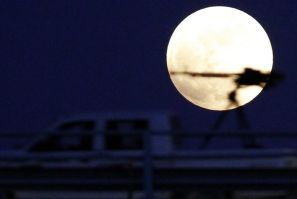 The most beautiful and the longest in a decade lunar eclipse on Thursday stared in the sky and turned the moon bloody gathering eyes of around the world. This total lunar eclipse is the first one in 2011, lasting 100 minutes. People in Israel, Pakistan, Brazil, Italy, China, Gaza, Serbia, Australia, Singapore, India were among the lucky dogs to watch the beautiful lunar eclipse. The people in the UK and other countries out og North America also witnessed the rare moment. 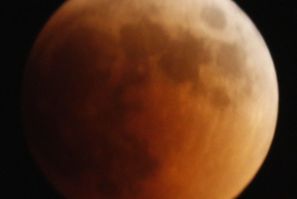 Many parts of the world witnessed total Lunar Eclipse on June 15, 2011, which is said to be the darkest and longest of the century, until a similar eclipse occurs again in next century in the year 2141. Lunar Eclipse June 15: Most beautiful and longest in a decade (PHOTOS)

The total lunar eclipse that took place on Wednesday, June 15, 2011, is the most beautiful total and the longest lunar eclipse the people of this world have seen in a decade. 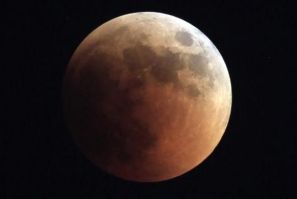 The first total lunar eclipse in 2011 will take place on Wednesday, June 15, and was the longest eclipses of the moon in the past 11 years, lasting just over 100 minutes. 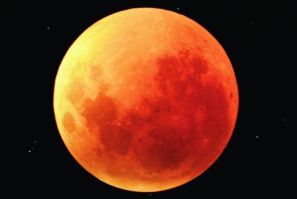 Google Doodle has come to the rescue of people in North America who missed a rare opportunity of witnessing a long lunar eclipse that began on Tuesday night. 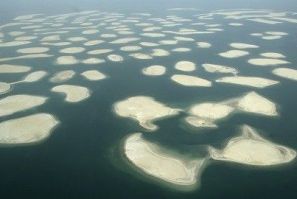