Dubai Diversifies With Push Into Diamonds

The United Arab Emirates, the world's fourth-largest oil exporter and home to gold trading hub Dubai, is rapidly becoming a force in trade of another highly valuable commodity: diamonds.

Mother-of pearl dashboards and diamond-encrusted hood ornaments at the Dubai International Motor Show this week underlined how the safe-haven status of the United Arab Emirates is fuelling dramatic growth in sales of luxury cars.

Syrian army defectors attacked an intelligence complex on the edge of Damascus early Wednesday, the first such reported assault on a major security facility in the eight-month uprising against President Bashar al-Assad, activists said.

British luxury automobile brand, Rolls Royce, has announced a 30 percent growth in sales, for the year to date, as compared to a similar period in 2010; the company claims to have recorded double digit growth across the world.

Boeing (NYSE: BA) anticipates that the Middle Eastern airlines will need an estimated 2,520 airplanes worth $450 billion by 2030.

Brazilian aerospace conglomerate, Embraer sees a market demand of 310 jets in the 60-120 passenger jet segment in the Middle-East in the period 2011-2030.

Emirates Airlines kicked-off the Dubai Air Show on Sunday with a huge order for 50 long-range Boeing 777 valued at $18 billion. This is the single largest commercial airplane order in Boeing's history by dollar value.

Emirates airline placed a blockbuster order for 50 Boeing 777 jetliners at the Dubai Air Show on Sunday, underscoring the confidence brimming among fast-growing Persian Gulf airlines despite growing fears over the world economy.

A Boeing Co. airplane order worth as much as $15 billion from host airline Emirates looked set to fire up the Dubai Air Show on Sunday as Gulf airlines expand in the face of growing fears over the world economy.

Brookfield Asset Management, the Canadian investment firm with around $150 billion in real estate, infrastructure and energy holdings, reported net income of $716 million in the third quarter, more than doubling its income of $342 million in the same period of 2010.

Boeing Co. has started its work on assembling the 1000th 777 aircraft in Everett, Washington after receiving orders from Dubai-based Emirates Airlines.

Caterpillar Inc said Monday it plans to add 100 to 150 jobs in central California in late 2012 when it opens another parts depot as part of its ongoing expansion its distribution business.

Bhutto was killed in a gun and bomb attack in the city of Rawalpindi while campaigning. 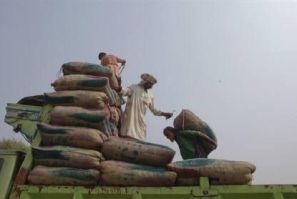 ‘Pakistan is not backtracking on MFN’ – Pak Official Source

Indian government source accused Pakistan of backtracking its announcement on granting the trading status of Most Favoured Nation to the country, but Islamabad denied the allegation. 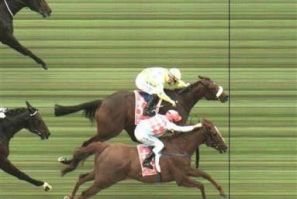 French stayer Dunaden prevailed in a thrilling nose-to-nose sprint to the line with British-trained Red Cadeaux to win the $6.2 million Melbourne Cup in a photo-finish at Flemington Race course on Tuesday. 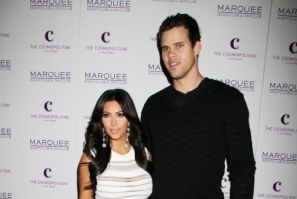 Kim Kardashian filed for divorce from husband Kris Humphries on Monday Oct. 31, citing irreconcilable differences. Humphries was blindsided by the divorce filing, reports TMZ, and learned of the news from the gossip website, just like the rest of the world while Kardashian was back to business as usual.

Footage aired by the Dubai-based Al Alaan news channel claims to show the funeral of Libyan dictactor Moammar Gadhafi, his son Mutassim and his national security advisor, Abu Bakr Yunis. According to a Misrata Military Council official, Gadhafi's personal cleric, Sheikh Kahled Tantoush, is shown reciting an Islamic funeral prayer, with relatives of Gadhafi and other officials in attendance.